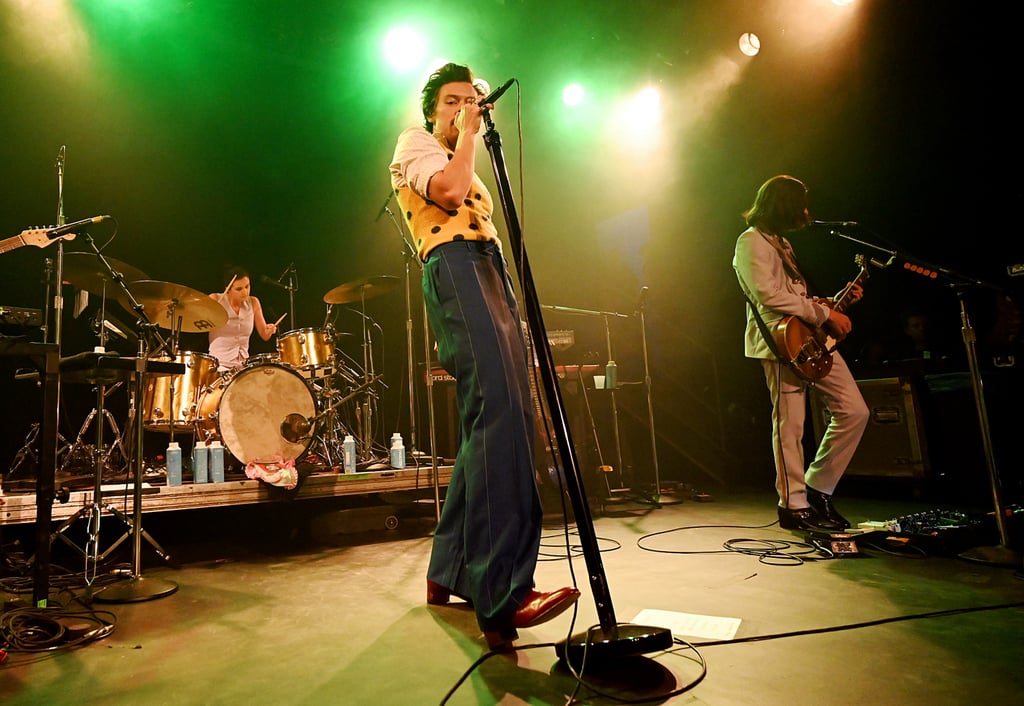 Harry Styles brought his talent, charming smile, and impeccable sense of style to New York City on Friday. Following the release of his music video for "Falling," the 26-year-old singer held a secret concert at the Music Hall of Williamsburg where fans, who are Pandora listeners and SiriusXM subscribers, gathered to swoon. He crooned a handful of tunes from his latest album, Fine Line, including "Adore You" and "Watermelon Sugar," as well as One Direction's 2011 hit "What Makes You Beautiful." He even got the crowd to sing "Happy Birthday" to someone in the audience.

Harry also had an onstage interview about his music and the widespread positive reception of Fine Line. "The reaction I've got is a different experience I've had kind of ever since working with the band and stuff," he said, referencing his time with One Direction. "It's amazing to have people seem to be enjoying the music, and it makes me very happy." He also said he'd be down to collaborate with his pal Lizzo, adding, "If there's ever a time where it made sense, absolutely. I'd absolutely do it." Hopefully, that time is soon because we need more Harry and Lizzo content. Until then, look ahead to see videos and photos from Harry's NYC set!