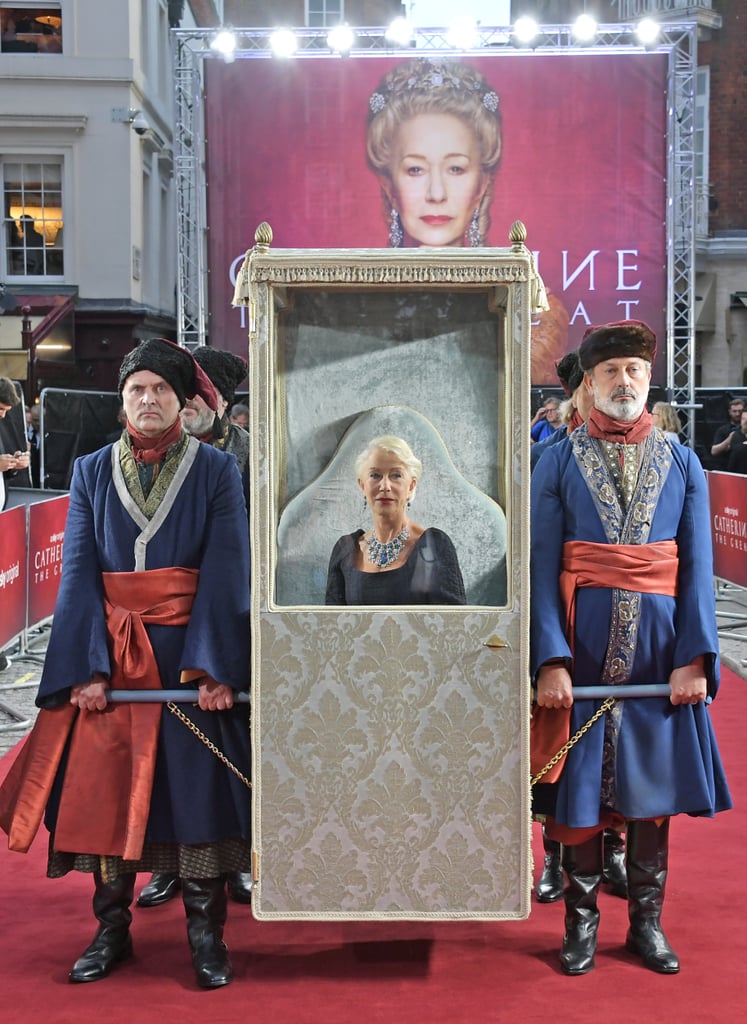 Dame Helen Mirren arrived on the red carpet for the London premiere of HBO's Catherine the Great in the most Helen Mirren way possible. Instead of merely walking the carpet, the woman of the hour was carried in an 18th century-style litter vehicle by four men dressed in ornate outfits that look like they were taken straight from the series' wardrobe. Sitting in her blue velvet seat and clad in diamonds, Helen oozed "regal" even more than she usually does.

The upcoming historical series, which premieres on Oct. 21, tells the story of Catherine II, who was Empress of Russia in the late 18th century for a record-breaking 34 years. We are all in for some fierce Helen power as soon as the show starts, but the Oscar-winning actress already set the stage with her epic entrance. If this doesn't permanently solidify Helen's icon status, we don't know what will. See more photos from her epic entrance ahead.