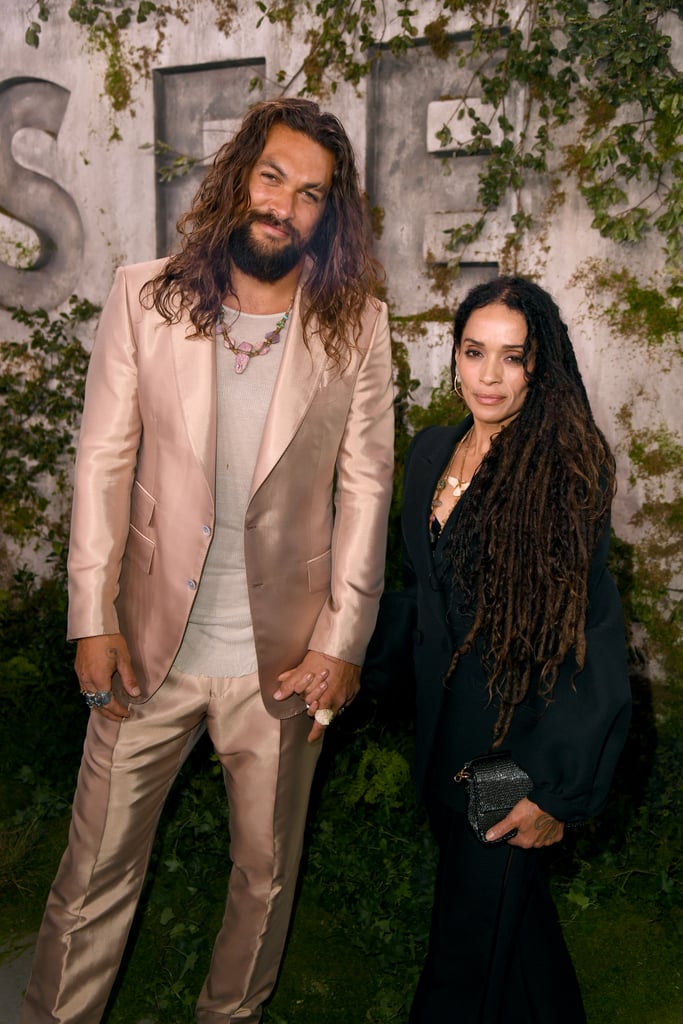 Jason Momoa and Lisa Bonet made a date night out of the actor's recent premiere for Apple TV+'s new series, See. The longtime couple showed subtle but sweet PDA as they walked the red carpet hand-in-hand. While Jason looked dapper in a light pink suit, we're especially obsessed with Lisa's sleek and understated look. Even Jason couldn't hide his big smile as he leaned into his wife while they posed for photos.

The cute appearance comes a week after Jason opened up about marrying his childhood crush to Esquire. After growing up fawning over Lisa, the actor talked about how his dreams came true when a mutual friend introduced them in 2005. Flash forward to today, and the couple is married and have two kids, Lola and Nakoa-Wolf, along with Zoë Kravitz, whom Lisa shares with Lenny Kravitz. "If someone says something isn't possible, I'm like, 'Listen here, I married Lisa Bonet. Anything is possible,'" he told the publication.