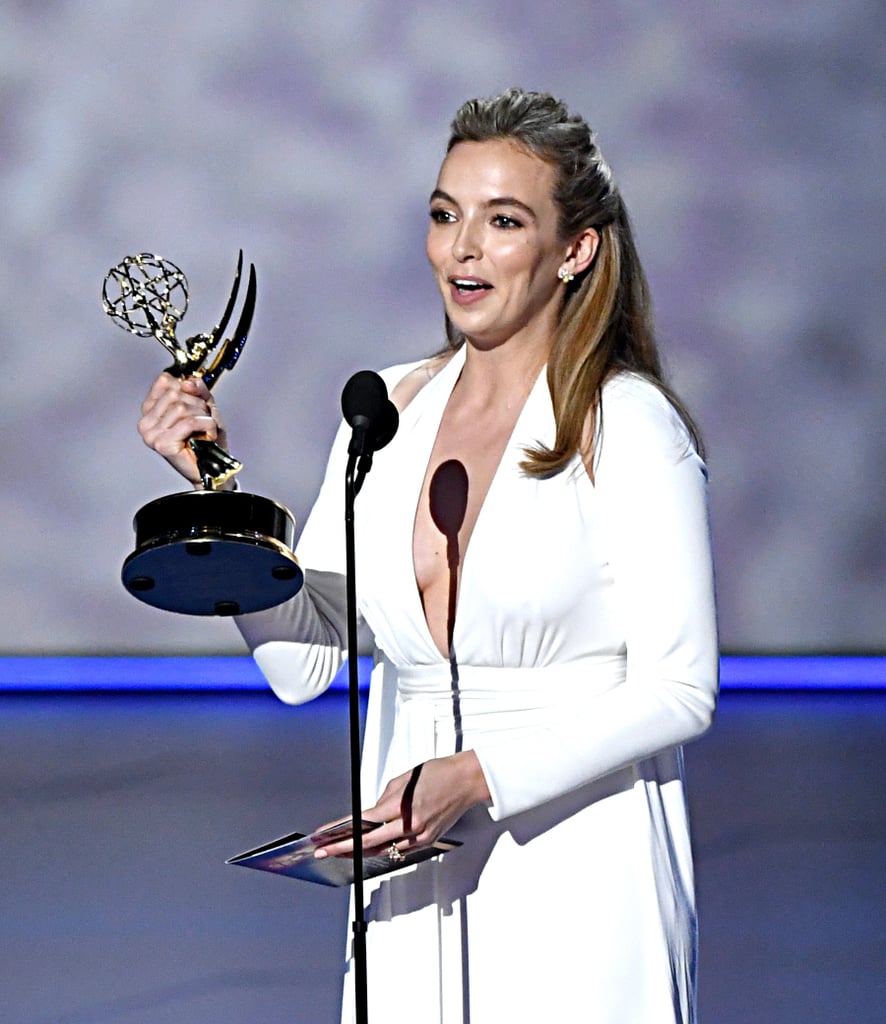 Killing Eve star Jodie Comer better get used to calling herself an Emmy Award-winning actress. She took home the best leading actress in a drama series award at show on Sunday night, and Phoebe Waller-Bridge could barely hold it together. As executive producer of the British spy thriller, Phoebe was nothing short of a proud mama when Jodie's name was announced. Phoebe — who took home two Emmys herself on Sunday for writing and acting on Fleabag — was even smiling from ear-to-ear and holding her hands to her chest as she watched the 26-year-old actress's acceptance speech. Aw!

Jodie, who plays Villanelle on the series, didn't expect to take home an award, so she didn't even invite her parents. Luckily, Phoebe and Jodie's Killing Eve co-star Sandra Oh were more than happy to celebrate with her, and you can bet there were plenty of hugs to go around. Even Reese Witherspoon hopped online to give her a shout out! Keep scrolling to see just how thrilled everyone at the Emmys and online was after Jodie's huge win.