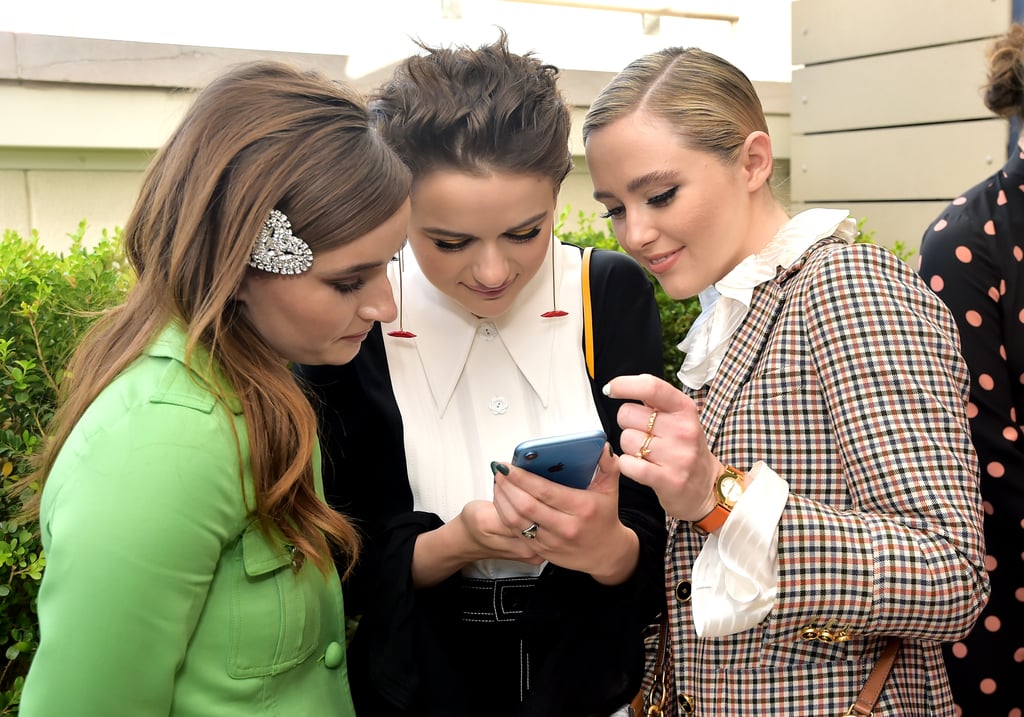 Joey King is gearing up for a memorable Emmys night with a fun appearance at the Glamour x Tory Burch Women To Watch Lunch in Beverly Hills. On Friday, the 20-year-old actress — who received her first-ever Emmy nomination for her role in Hulu's The Act — attended the event to celebrate women who use their platforms to empower other women. Joey, who rocked a color-blocked top with bell sleeves and flared denim pants, was in good company alongside Unbelievable's Kaitlyn Dever and Big Little Lies's Kathryn Newton. The three friends captured a few selfies together, posting snaps and videos from their time together. "Emmy nominated actress," Kaitlyn captioned a brief clip of Joey.

Joey also posed for photos with The Good Place's Jameela Jamil, as well as The Marvelous Mrs. Maisel's Rachel Brosnahan and This Is Us's Mandy Moore. Both Rachel and Mandy received an Emmy nod for their respective shows. Hopefully, they enjoyed a nice chat with Joey, who is up for an award in the lead actress in a limited series or movie category. Considering the young talent's emotional response to her nomination, we have a feeling there were lots of "congratulations" going around. Keep scrolling to see more photos of Joey at the get-together!