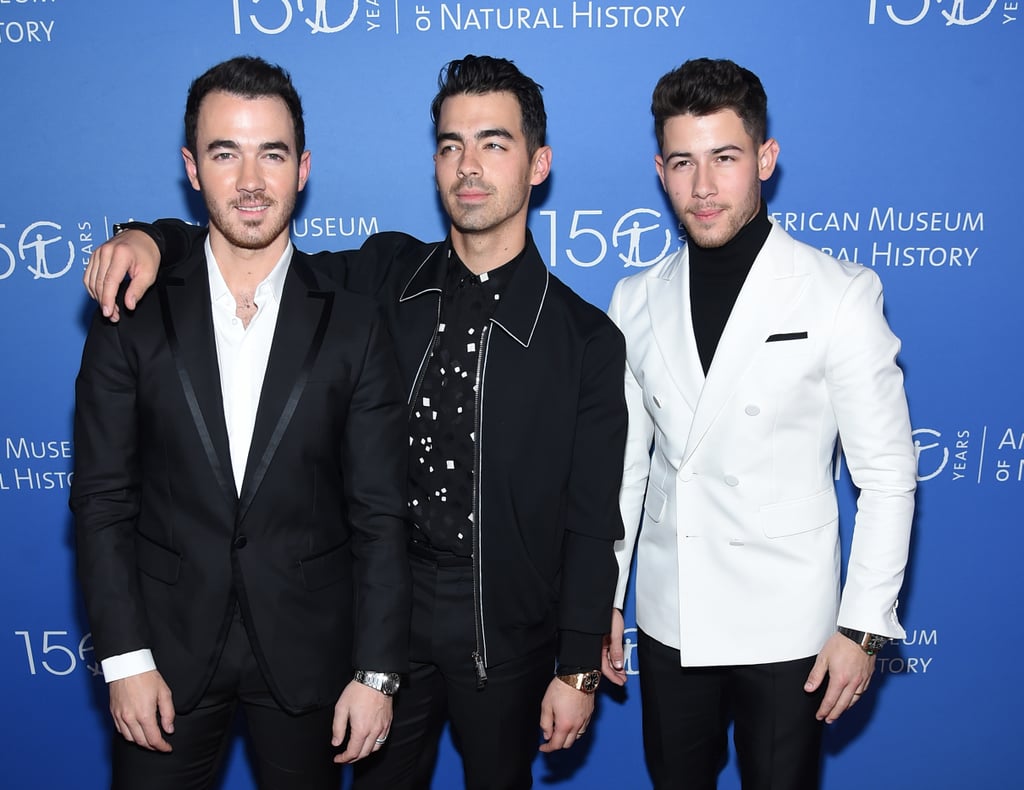 The Jonas Brothers have been everywhere ever since they got back together earlier this year, and they're showing no signs of slowing down. On Thursday night, Nick, Joe, and Kevin took a break from their Happiness Begins tour and popped up at the annual American Museum of Natural History Gala in NYC. The trio dressed to impress in color-coordinated black and white ensembles, and man, did they look good.

The Jonas Brothers's latest appearance comes just a day after they received their first Grammy nomination since 2009. The band is nominated for best pop duo/group performance for "Sucker," and naturally, they lost their cool over the special honor. "There were some really tough moments that had to happen for us to get to this place but it's right where we are supposed to be. This has truly been our greatest year yet," the brothers wrote on their Instagram. "We truly couldn't be happier . . . as artists, as friends, and as brothers. To think a year ago we hadn't even released music . . . This nomination means the world." Find out if they win when the Grammys go down on Jan. 26.