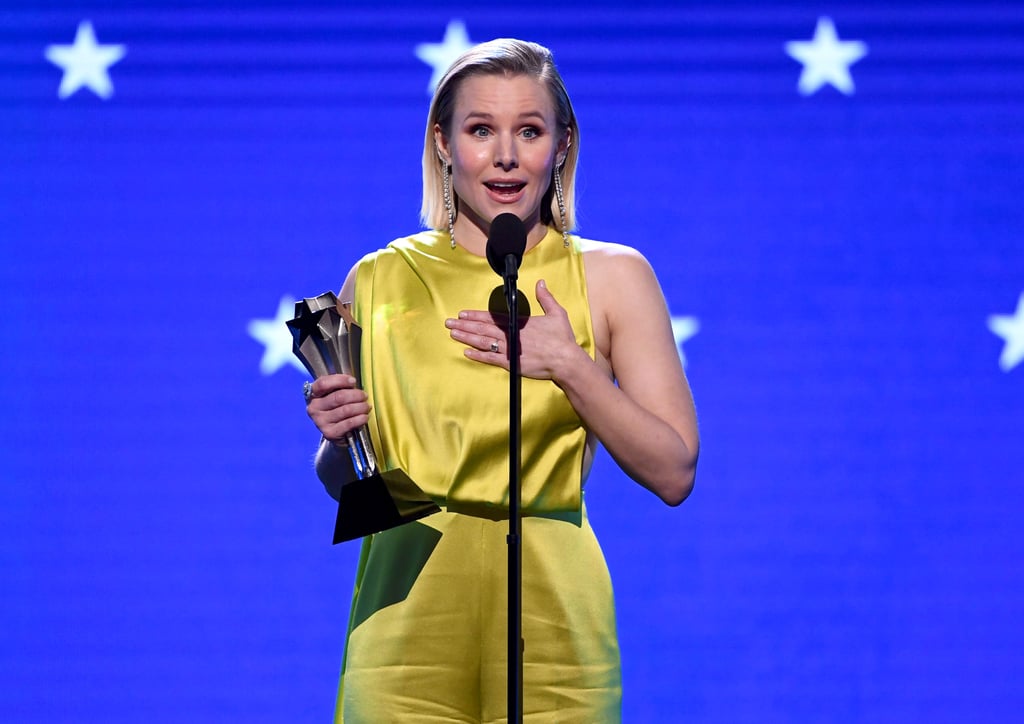 On screen and in real life, Kristen Bell is smashing the box that women are often placed into. During Sunday night's Critics' Choice Awards, the actress was presented with the #SeeHer Award, which honors women who "push boundaries on changing stereotypes and acknowledge the importance of authentic portrayals of women across the entertainment landscape." After her Good Place co-star Ted Danson presented her with the award, Bell took some time to reflect on the women she's played throughout the years and what it means to her to be a woman in this industry.

"If I'm being honest, being a woman is not about being brave or being strong or being powerful, it's not about being anything specific, it is just about giving yourself permission to be the things that you already are, which seems very easy, but it is not because women have been conditioned to fit into boxes, usually tiny, pretty, sparkly boxes with bows on them," she said. "To me, the idea of womanhood is someone who sheds the perfect little box and owns their complexity, and I've been really lucky to be able to play some really complex women."

Whether she's portraying a princess in Frozen or even a fierce, sharp-tongued force in a comedy, Bell's roles always shake stereotypes. "Veronica Mars, who was sassy and strong but also soft and sad. Eleanor Shellstrop, who's tough and independent but was also capable of love and community. Princess Anna, who's probably the most unprincessy princess that's ever been animated." She also praised the previous winners of the award, Viola Davis, Gal Gadot, and Claire Foy, and even mocked herself for crying over a sloth, but she wrapped it up with an important message about women. "What I've learned from all that is that nobody is just one thing, we are all all the things, so thank you for this." See more from Bell's night at the Critics' Choice Awards ahead.