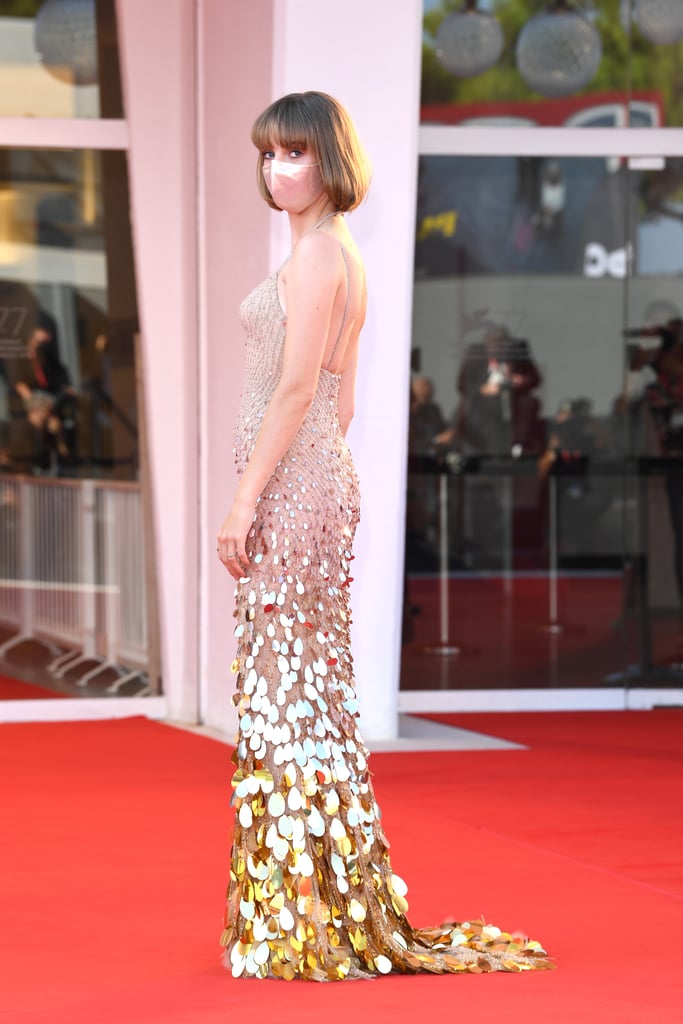 Maya Hawke stepped out for the 77th Venice Film Festival on Sept. 5 and, wow, she stunned. The 22-year-old actress and singer showed up to the affair modeling a gorgeous Versace mermaid gown with a matching blush pink face mask and a short bob haircut, which her mom, Uma Thurman, snipped herself. The Stranger Things star's appearance followed her Sept. 4 red carpet arrival where she sported another gorgeous look, wearing a black turtleneck tank top with a floral pleated skirt.

Maya — who recently released her debut album, Blush — attended the event for the premiere of the Gia Coppola-directed drama, Mainstream. The film is described as cautionary tale in which "three people struggle to preserve their identities as they form an eccentric love triangle within the fast-moving internet age." Maya stars as a character named Frankie, alongside Andrew Garfield, Nat Wolff, and Euphoria's Alexa Demie. See more snaps from Maya's photocalls at the festival ahead!