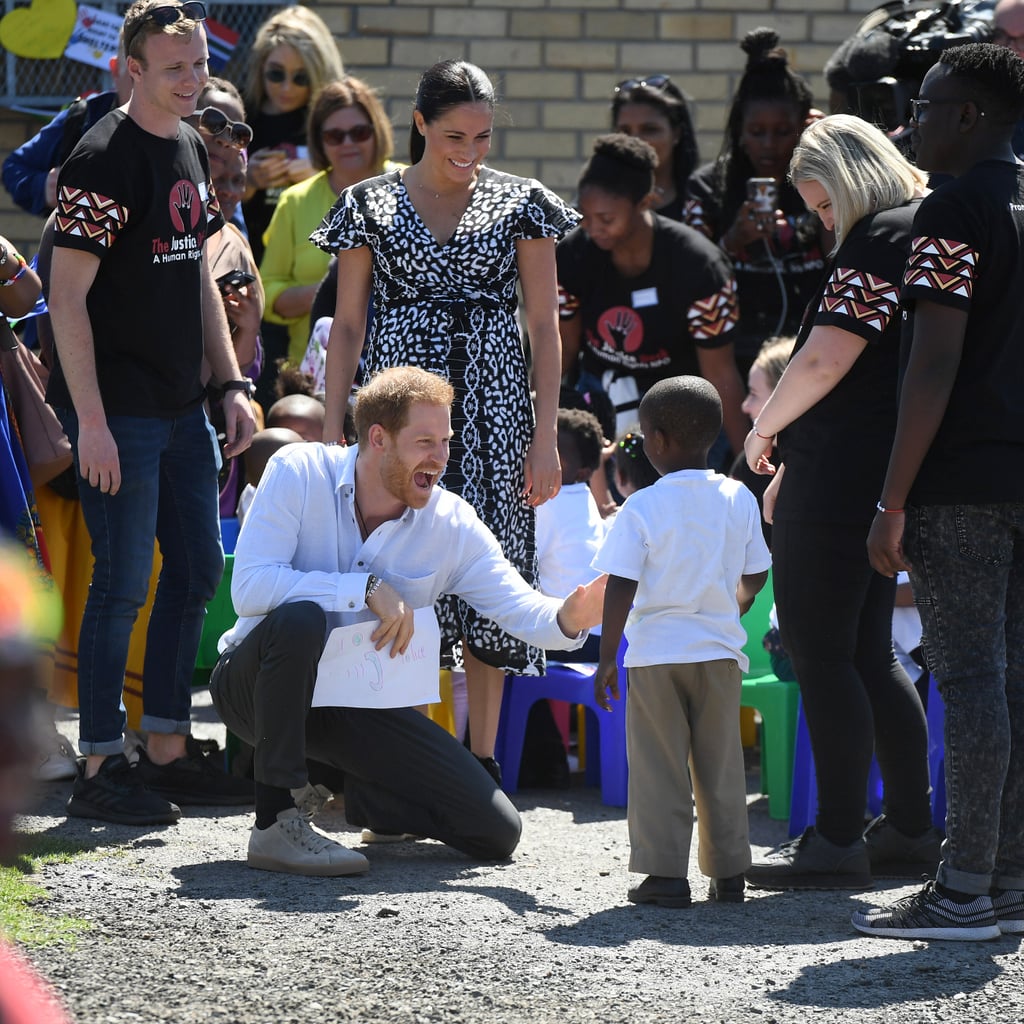 And they're off! On Monday, Prince Harry and Meghan Markle kicked off their royal tour of Southern Africa. The couple's 4-month-old son, Archie Mountbatten-Windsor, has made the trip with his parents, but Harry and Meghan stepped out without him as they made their first appearance, visiting a workshop that teaches children about their rights, self-awareness and safety. The Duchess of Sussex stunned, as per usual, in a black and white printed wrap dress, while Harry kept things casual in a button-down and black pants.

The goal of this tour is to bring awareness to causes that are important to Harry and Meghan, as well as Harry's late mother, Princess Diana. The trip will extend until Oct. 2 and will include stops in South Africa, Botswana, Angola, and Malawi. However, Archie will reportedly "only be present on certain safer parts of the trip" and will remain with his nanny most of the time.

In 2018, the Duke of Sussex made a handful of significant trips to Africa on behalf of his Sentebale charity and to raise awareness on the importance of education for young girls. He and Meghan also embarked on a tour of Morocco, where they learned about the country's efforts to further education equality. Clearly, the Sussexes are determined to make a positive impact in the world. See all the photos from their royal tour ahead!