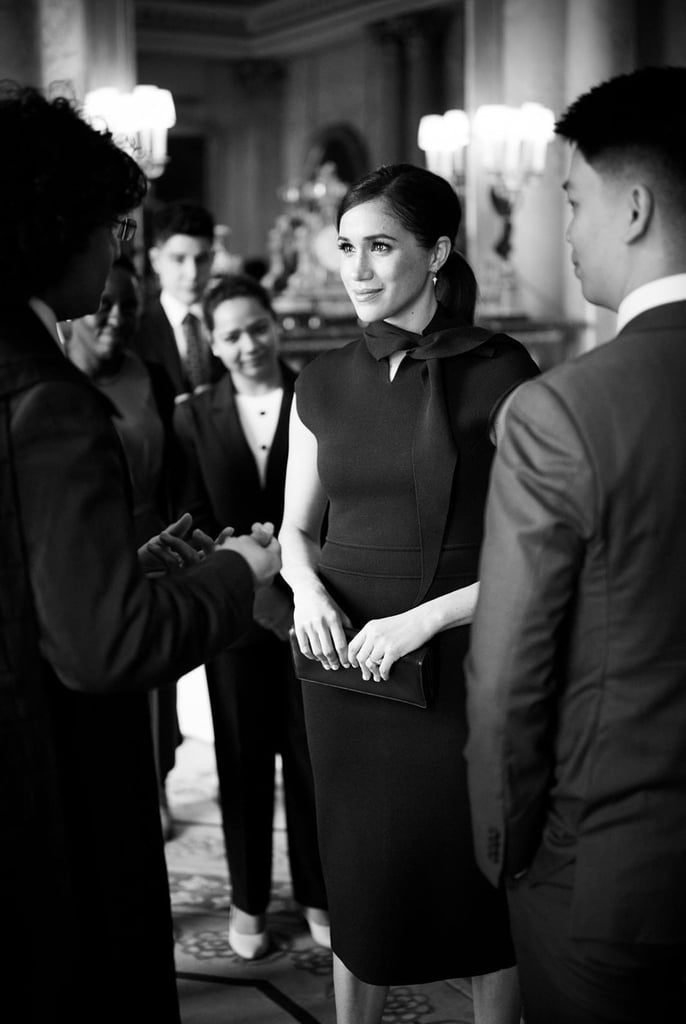 Meghan Markle is stepping down as a senior member of the royal family, but before she officially says goodbye, the Duchess of Sussex privately met with students from the Commonwealth on Monday before joining the royal family for a service at Westminster Abbey. Meghan spoke with scholars from 11 different Commonwealth countries — Malawi, India, Cameroon, Bangladesh, Nigeria, Pakistan, Ghana, Rwanda, Kenya, Malaysia, and Sri Lanka — who are receiving scholarships from the Association of Commonwealth Universities' three programs, Commonwealth Scholars, Chevening Scholars, and the ACU Blue Charter Fellow. Meghan is a patron of the ACU, and she and Prince Harry serve as president and vice president of the Queen's Commonwealth Trust.

Harry and Meghan's royal duties will come to an end on March 31, though they have agreed to a 12-month review, at which point the royal family will revisit the agreement to ensure it still works for everyone. Details on their upcoming plans are still a bit hazy, but we do know they'll continue to work closely with their existing patronages as they build a plan for engagements in the UK and the Commonwealth throughout the year. Harry is also expected to attend the London Marathon on April 26 before he and Meghan head to the Netherlands for this year's Invictus Games.