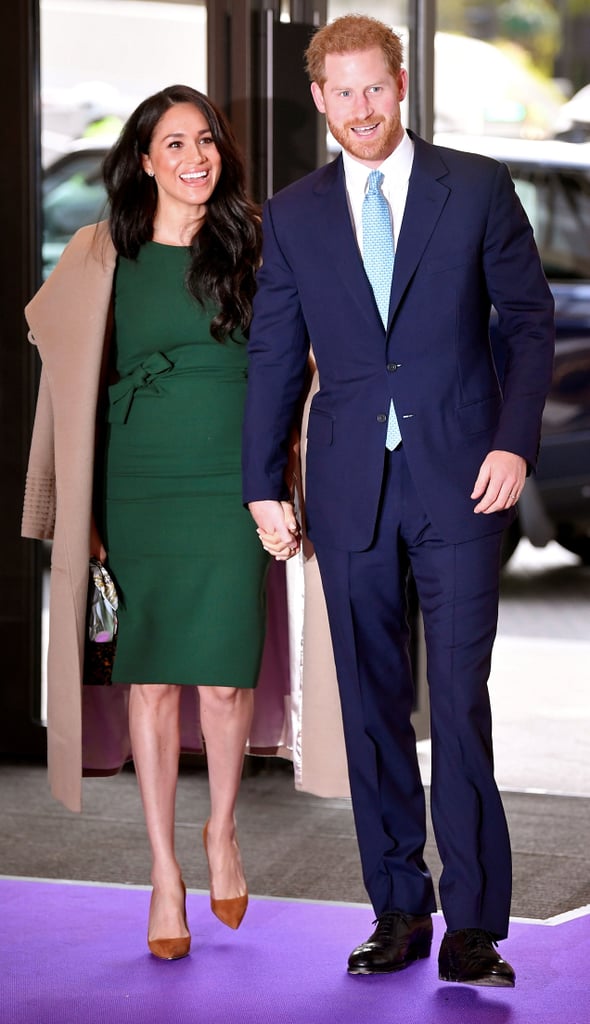 Following their royal tour of Southern Africa, Prince Harry and Meghan Markle stepped out for the annual WellChild Awards in London. The Duke of Sussex appeared to be in good spirits as he sported a blue suit, while Meghan looked radiant in a green dress, which she previously wore when she and Harry announced their engagement in November 2017. The ceremony honors sick children and their caregivers, and Harry has been a patron of the charity since 2017. The outing also marked Meghan's second time at the event (she attended for the first time last year) and their first joint engagement since returning from Southern Africa.

Harry and Meghan's appearance comes amid Prince William and Kate Middleton's royal tour of Pakistan. The couple kicked off the five-day trip on Monday in Rawalpindi, and on Tuesday, they visited the Pakistan Monument in Islamabad. See more of Meghan and Harry's outing ahead!