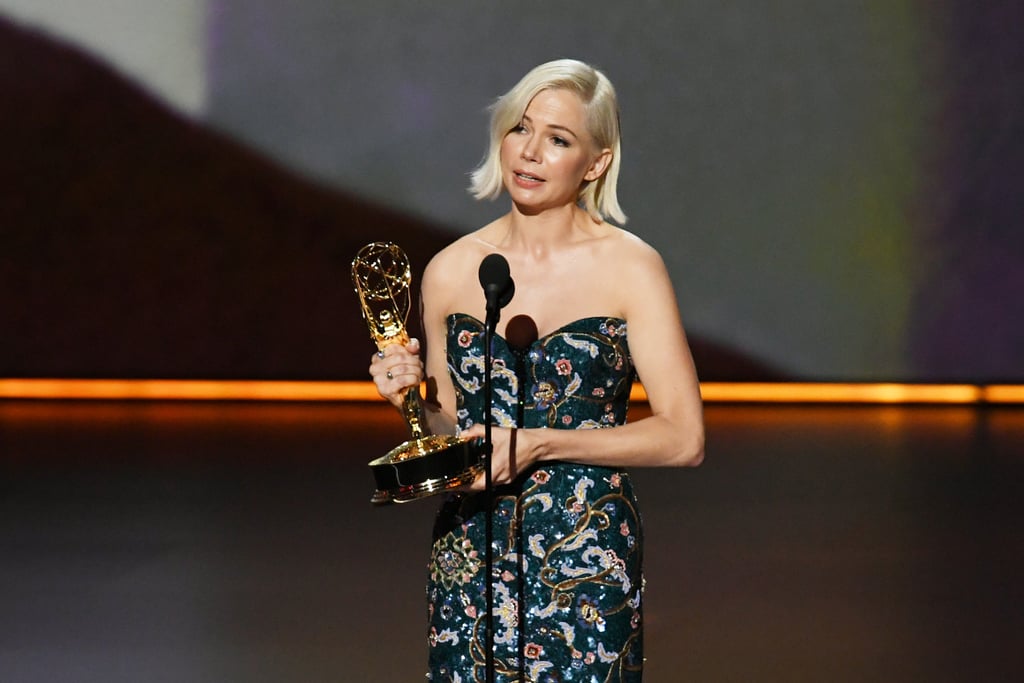 Michelle Williams took home the award for outstanding lead actress in a limited series or movie for Fosse/Verdon at Sunday night's Emmys, and her powerful acceptance speech deserves a trophy of its own. While speaking onstage, the 39-year-old actress called out the gender pay gap and spoke about the importance of equal pay for women.

"When you put value into a person, it empowers that person to get in touch with their own inherent value and then where do they put that value?" Williams said. "The next time a woman, and especially a woman of color, because she stands to make 52 cents on the dollar compared to her white male counterparts, tells you what she needs in order to do her job, listen to her, believe her, because one day she might stand in front of you and say thank you for allowing her to succeed because of her workplace environment — and not in spite of it."

Williams then concluded her speech by dedicating her award to her 13-year-old daughter, Matilda Ledger, whom she shared with the late Heath Ledger.

Williams's impassioned speech comes amid the #NotWorthLess movement that sparked on Twitter recently after writer Adele Lim walked away from the Crazy Rich Asians sequel following a pay dispute. As a result, several women in Hollywood shared their own experiences with pay inequity to bring awareness to the issue.