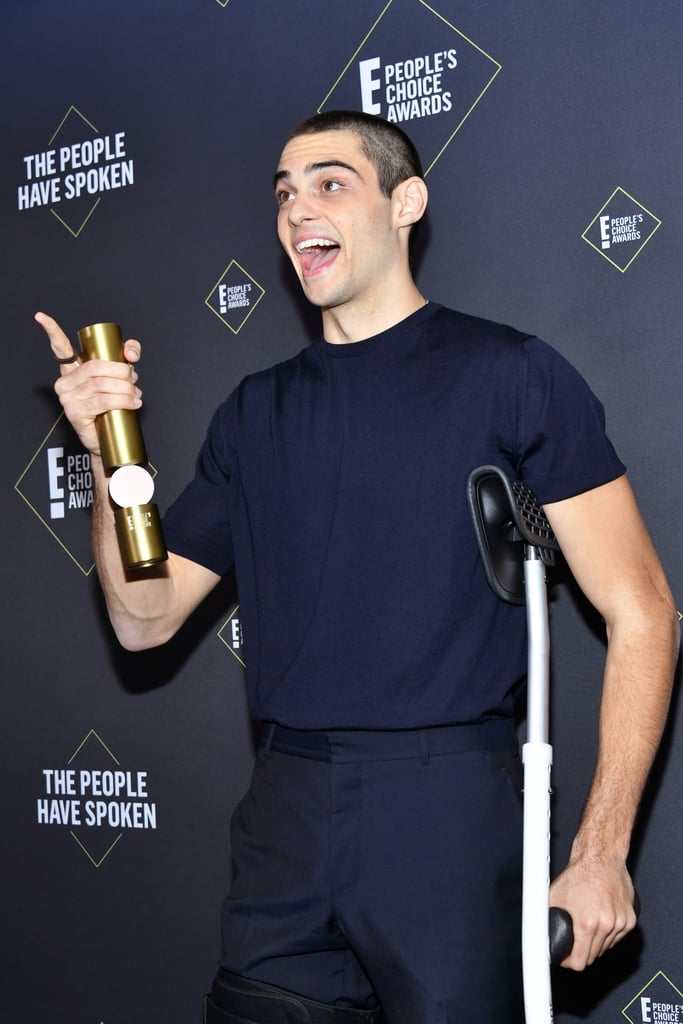 Despite recently undergoing knee replacement surgery, Noah Centineo still brought positive energy to the 2019 People's Choice Awards on Sunday. The actor arrived at the award show wearing a brace and relying on a crutch after undergoing surgery as a result of dislocating his knee during a basketball game in October. He's since continued to offer insight into his postsurgery routine, including a "ridiculous shower adventure," on Instagram Stories.

Fortunately, Noah didn't go home empty-handed, as his endearing performance in The Perfect Date earned him the award for comedy movie star of the year. In his unexpectedly serious speech, Noah left viewers with this message: "It matters not what you've done, but what you do with what you've done for others." Watch the speech and see pictures from his award show appearance ahead.