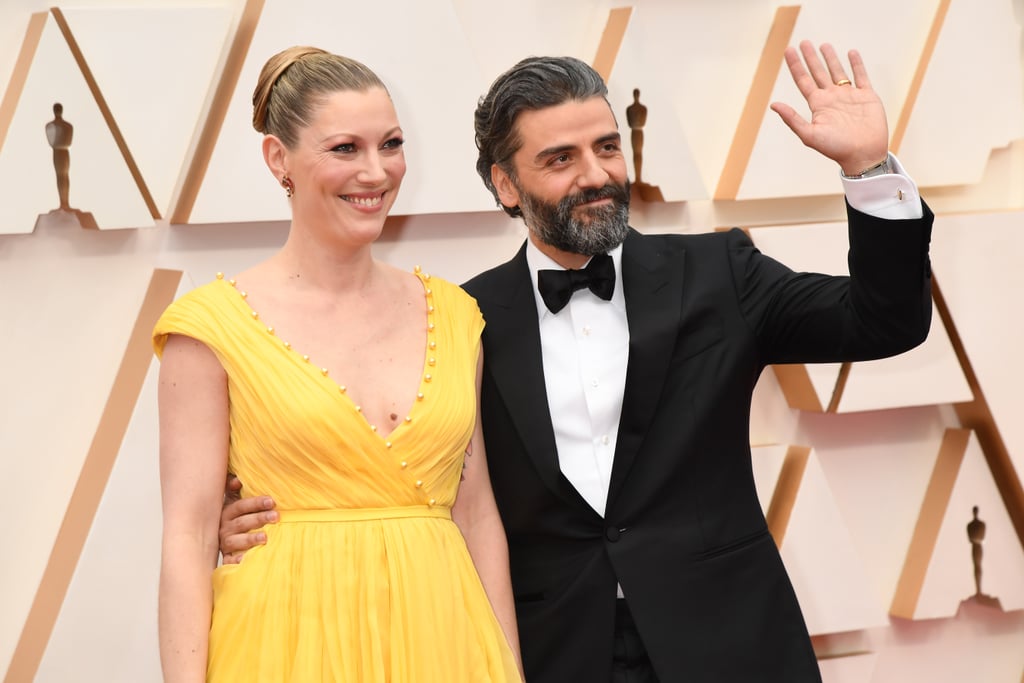 As a happily married woman it's extremely rare for me to stop what I'm doing to completely gawk over a man. However, as soon as Oscar Isaac sauntered onto the red carpet at the Oscars, I did just that. Known for his recent role in Star Wars: Rise of Skywalker, the 40-year-old is presenting the award for best sound mixing and editing, and to say he looks sharp would be the definition of an understatement.

The father of two attended the award show with his wife, Elvira Lind, by his side, and in case you were wondering I am one thousand percent jealous. Scroll through to get an up close and personal look at Oscar's salt and pepper hair that has the internet collectively drooling.