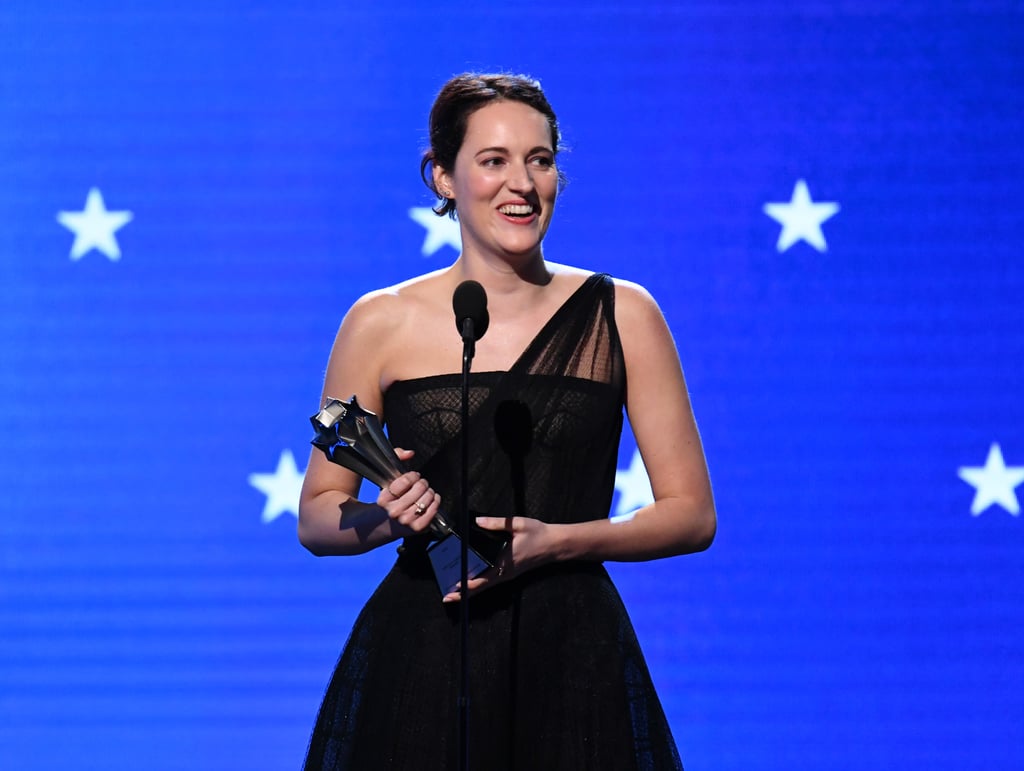 Phoebe Waller-Bridge continued her reign as the queen of hilariously NSFW acceptance speeches at the Critics' Choice Awards Sunday night. Just one week after her show Fleabag nabbed a Golden Globe award, the star earned the Critics' Choice trophy for best actress in a comedy series and a short yet quintessentially Phoebe-esque speech ensued, complete with a censored quip that had the audience in stitches.

"This has been an unbelievable week, and topping off, it's giving me a really sexy voice," the actress began after cracking a joke about partying with strangers in the crowd who were cheering her on. She went on to add, "I just want to say thank you to the critics for writing so kindly about this show and about my performance. Sometimes you don't really know what you've made until people think about it and write it down and you read it again." Earlier in the evening, Waller-Bridge's costar Andrew Scott earned the award for best supporting actor in a comedy series, and Fleabag beat out Schitt's Creek, Pen15 and more for the best comedy series distinction. Ahead, see all the photos of Waller-Bridge's big night out at the Critics' Choice Awards.