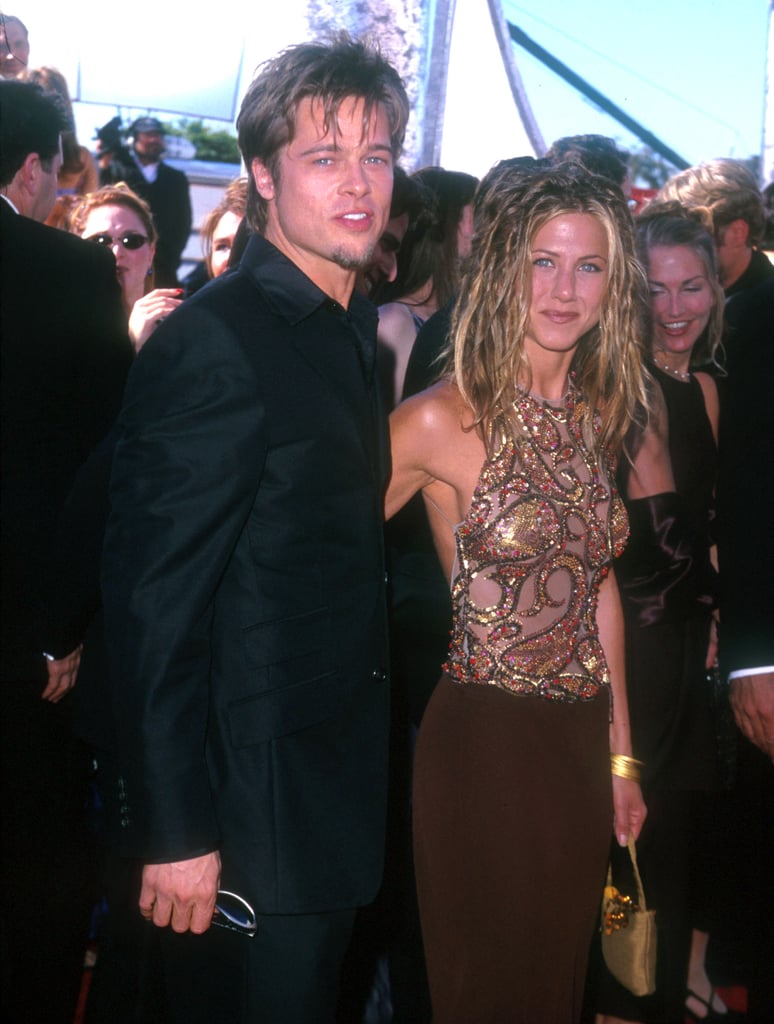 Brad and Jen began dating in 1998 and tied the knot two years later. They ended their marriage in 2005 after Brad fell for his now-wife Angelina Jolie on the set of Mr. and Mrs. Smith; the split marked the beginning of the "Team Aniston" and "Team Jolie" era, as well as a decade-long debate over whether Jen would "find love again." Sure enough, the former Friends star married Justin Theroux in August 2015.

The 2000s
From Juicy Tracksuits to Bermuda Shorts, These Fashion Trends Defined the Early 2000s
by Lauren Harano 16/8/20
Latest Celebrity and Entertainment