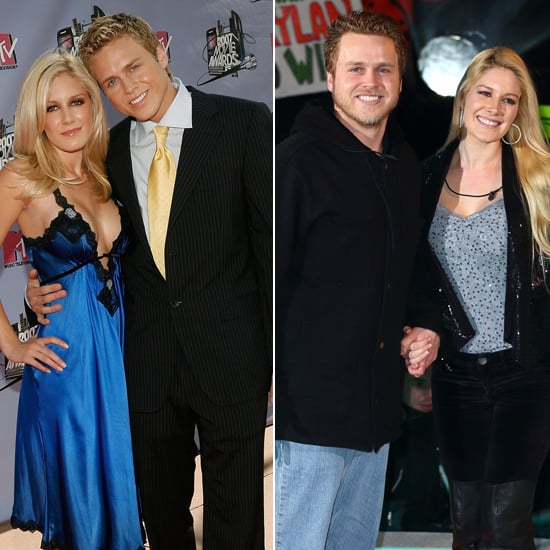 Spencer Pratt is infamous for being one of reality TV's most loathed villains, but the connection he made with The Hills costar Heidi Montag turned out to be very real. The two tied the knot in Mexico in 2008 and again on the show in 2009. Since then, the pair has gone through a series of highs and lows. Later that year, Heidi and Spencer had a brief appearance on the American version of I'm a Celebrity . . . Get Me Out of Here, and Spencer was arrested in Costa Rica for attempting to board an airplane with "hunting weapons." He was later freed from prison but was barred from reentering the Central American country.

In 2010, Heidi nearly divorced Spencer, and the reality star was forced to file for bankruptcy. In 2011, Spencer reenrolled at USC to finish his degree and moved in with Heidi's mother in Santa Barbara, CA. The two admitted that they have struggled with money issues due to their outlandish spending habits. Spencer is still making a name for himself on reality TV, having appeared on the 11th season of Celebrity Big Brother UK in January 2013 alongside his wife. The couple finished in second place behind actor Rylan Clark. In July 2015, the duo were reportedly spotted filming scenes for Made in Chelsea spinoff.