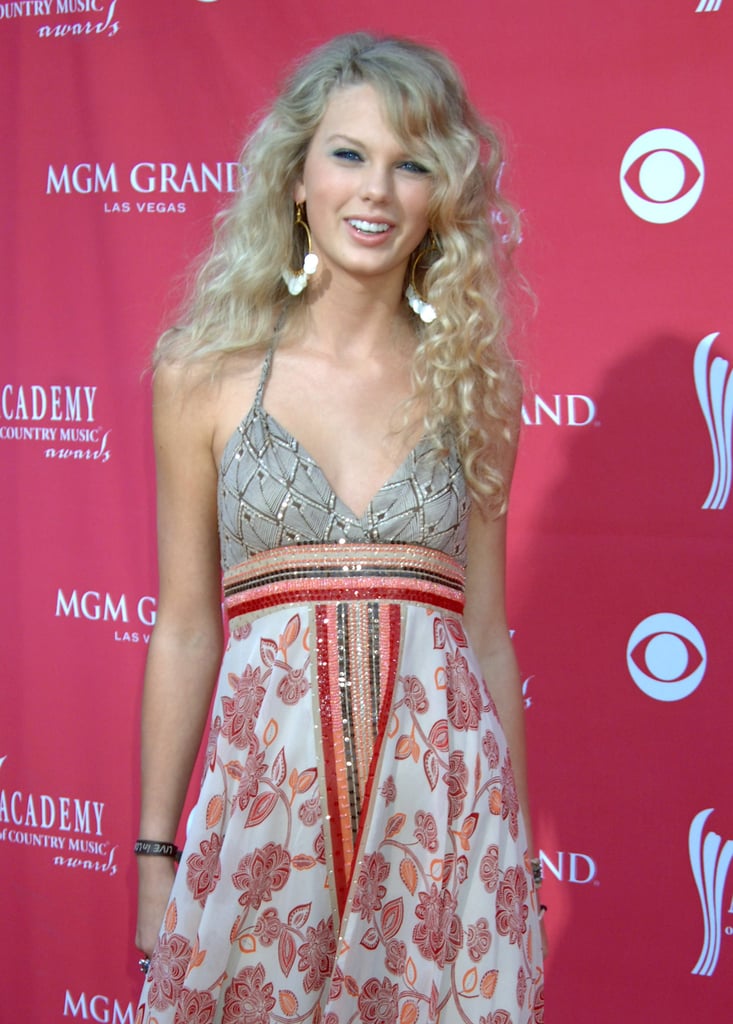 Before writing some of the most iconic breakup anthems ever, Taylor was just a girl trying to make it on the country music scene. Her self-titled debut album wasn't released until October 2006, so she spent the Summer before hitting a few low-key red carpets and showing off her curly blond locks.