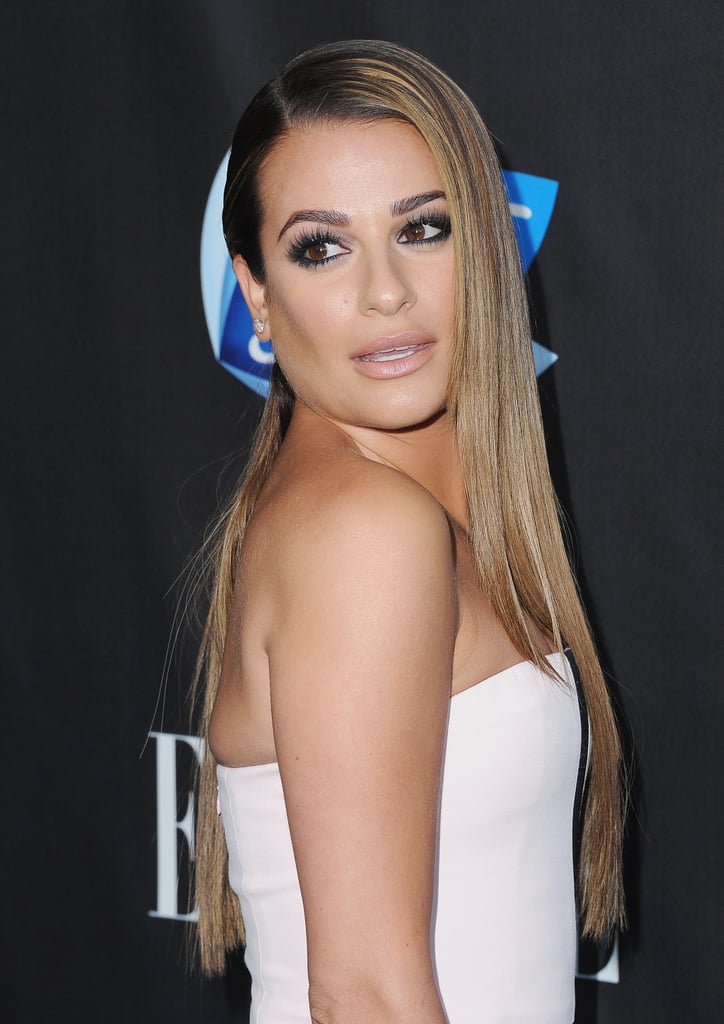 The former Glee star first showed her Beyoncé-loving ways when she presented an award to the star at the 2010 Grammys. On Instagram, Lea Michele shared a photo of the moment as a #TBT for fans, calling it "crazy!" Most recently, Lea fanned out when realizing that she and her friends were seated near Beyoncé and Jay Z at an LA Clippers game. During an appearance on The Late Late Show in March, Lea told host James Corden, "There's just something that comes over you, at least with me, when you see Beyoncé." She then admitted to tracking all of Bey's moves: "I found myself being like, 'They ordered a vodka soda. They're drinking it and they took another sip. And she put on her glasses and now she took off her glasses,'" adding, "My friends were like, 'What is wrong with you?'" She also admitted that vodka sodas are her choice of cocktail from now on.

Oscars
Is There Anything More Pure Than Timothée Chalamet Photobombing Margot Robbie?
by Perri Konecky 10/2/20

Celebrity Style
Blake Lively Is Back on the Red Carpet, and She's Radiating Old Hollywood Glamour
by Karenna Meredith 28/1/20
Latest Celebrity and Entertainment