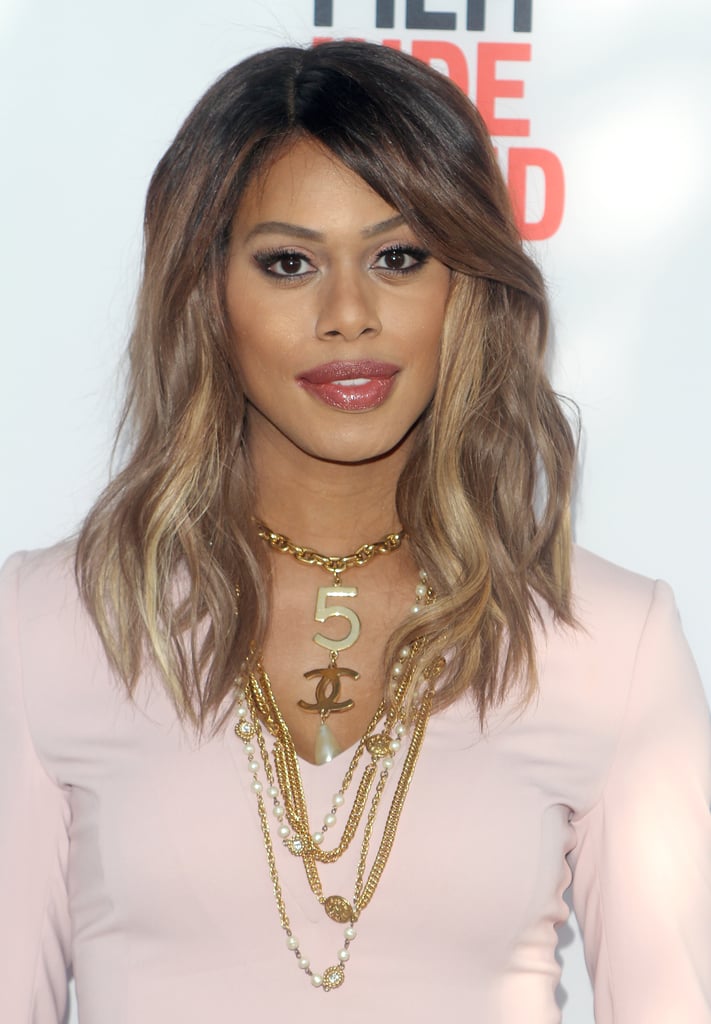 During Beyoncé's 16-minute medley performance at the 2014 MTV VMAs, Laverne Cox was spotted getting her whole entire life in the audience, and the Orange Is the New Black star has been vocal about her love of the singer. "I live for Beyoncé, I live for Jay Z less, but I live for Beyoncé," Laverne told the NY Daily News in 2014. That year, she even ended up on Queen Bey's mailing list and appropriately freaked out at the Christmas card and gift she was sent in the mail. "I was on the floor of my apartment. I have witnesses," she said at the time.

Most recently, the actress showed off her best Beyoncé moves for Nylon magazine, and Laverne celebrated her birthday at Beyoncé's Formation tour concert in May wearing a "Single Ladies"-inspired getup.

Oscars
Is There Anything More Pure Than Timothée Chalamet Photobombing Margot Robbie?
by Perri Konecky 10/2/20

Celebrity Style
Blake Lively Is Back on the Red Carpet, and She's Radiating Old Hollywood Glamour
by Karenna Meredith 28/1/20
Latest Celebrity and Entertainment