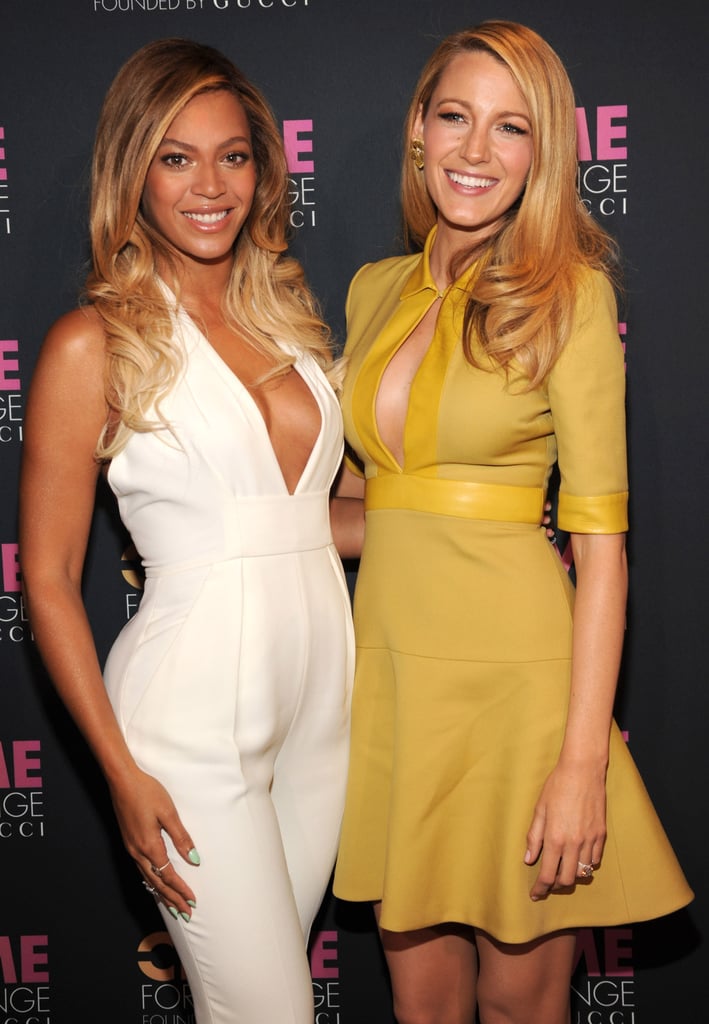 Much like Gwyneth Paltrow, Blake Lively is close enough to Beyoncé to consider her a pal — but that doesn't mean she's not still slightly obsessed with her. In interviews, Blake is candid about her love for the singer, saying, "I just want Beyoncé to be the mother of my children," and even baking her a birthday cake. She also starred in Beyoncé and Jay Z's "On the Run" video and recently wore the same diamond earrings as Beyoncé on the red carpet, telling reporters, "I am Beyoncé. I'm going to drop the most revolutionary album of all time."