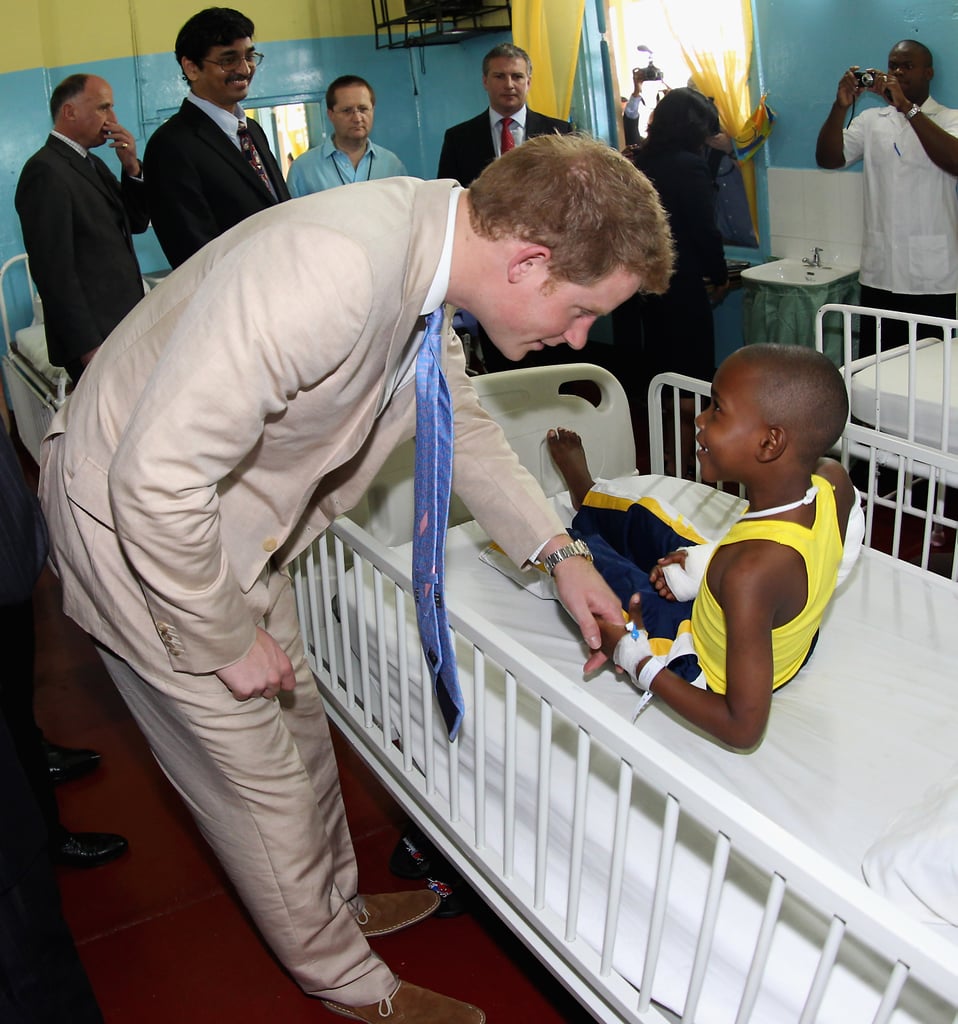 When Harry embarked on his first solo royal tour, there were several tributes to his late mother woven through his schedule. One of them came with a visit to the Bustamante Children's Hospital in Kingston, Jamaica. Diana was due to visit in 1997, but her untimely passing meant she never made it. Fifteen years later, Harry fulfilled his mother's wish by making the visit himself — spending more time there than was originally allocated — as he met with the patients and staff.