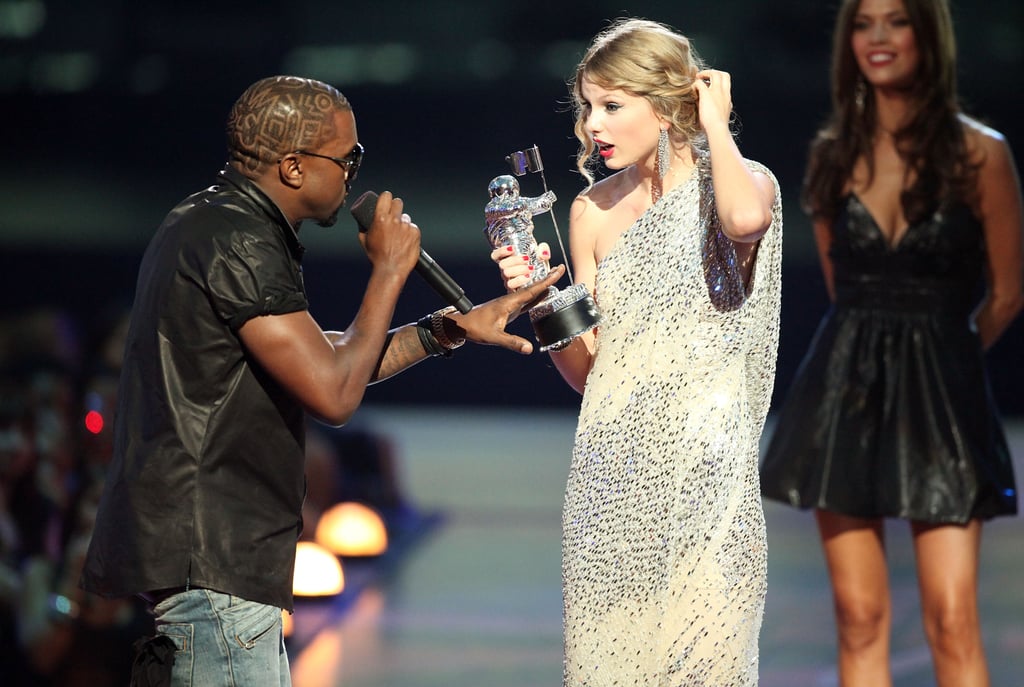 At the 2009 MTV Video Music Awards, Taylor Swift's "You Belong With Me" snagged the award for best female video. During the singer's acceptance speech, though, Kanye West took the microphone from her hand, told her he would let her finish, and insisted that Beyoncé's "Single Ladies" video was one of the best videos of all time. Bey's video, for the record, took home best video of the year.