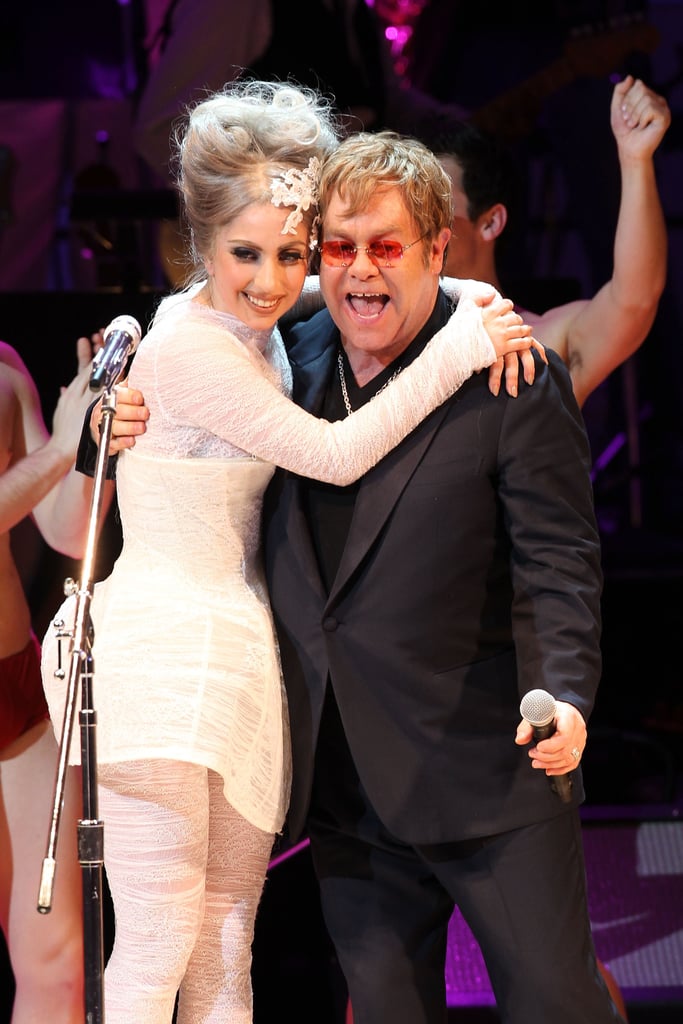 When Elton John and his husband, David Furnish, welcomed their son Zachary in 2011, they asked Lady Gaga to act as his godmother. The couple confirmed the news in an interview with Barbara Walters, saying, "When you get to the real person under there, there's a real simple person under there who loves her parents." Gaga has clearly done a good job with the role, as Elton and David gave her the title for their second son, Elijah, who was born in April 2013.

Elton John may be the ultimate godparent himself, as he's been bestowed with the title by 10 close friends including John Lennon, Elizabeth Hurley, and. . .

Celebrity Babies
Surprise! Idris Elba Reveals He and Sabrina Dhowre Have Welcomed a Baby Boy
by Monica Sisavat 5 days ago

Jacob Elordi
Jacob Elordi and Kaia Gerber Aren't an Official Couple at the Moment, but Only Time Will Tell
by Kelsie Gibson 6 days ago

G-Eazy
Ashley Benson Sports a Diamond Ring on Her Left Hand — Are She and G-Eazy Engaged?
by Monica Sisavat 3 weeks ago

Podcasts
According to Michelle Obama, Barack Made *Quite* the Stellar First Impression on Her Family
by Victoria Messina 3 weeks ago