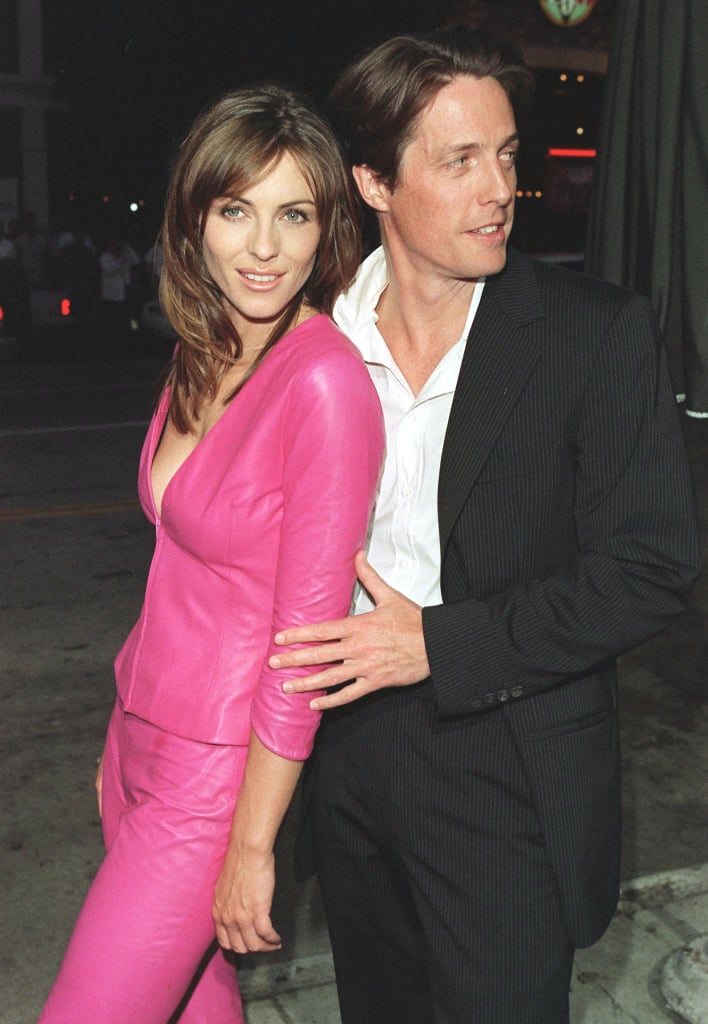 After giving birth to her son Damian in 2002, Elizabeth Hurley gave the godfather role to none other than ex-boyfriend Hugh Grant — they split amicably in 2000. Liz was clearly feeling generous with the title, as Hugh is just one of eight godfathers to Damian, whose father is businessman Steve Bing. Other stars with the job include Elton John, Denis Leary, and the late Heath Ledger.

Celebrity Kids
Gigi Hadid Is a Mom! The Model Gives Birth to First Child With Zayn Malik
by Monica Sisavat 1 day ago

Celebrity Babies
Surprise! Idris Elba Reveals He and Sabrina Dhowre Have Welcomed a Baby Boy
by Monica Sisavat 1 week ago

Jacob Elordi
Jacob Elordi and Kaia Gerber Aren't an Official Couple at the Moment, but Only Time Will Tell
by Kelsie Gibson 1 week ago

Podcasts
According to Michelle Obama, Barack Made *Quite* the Stellar First Impression on Her Family
by Victoria Messina 4 weeks ago