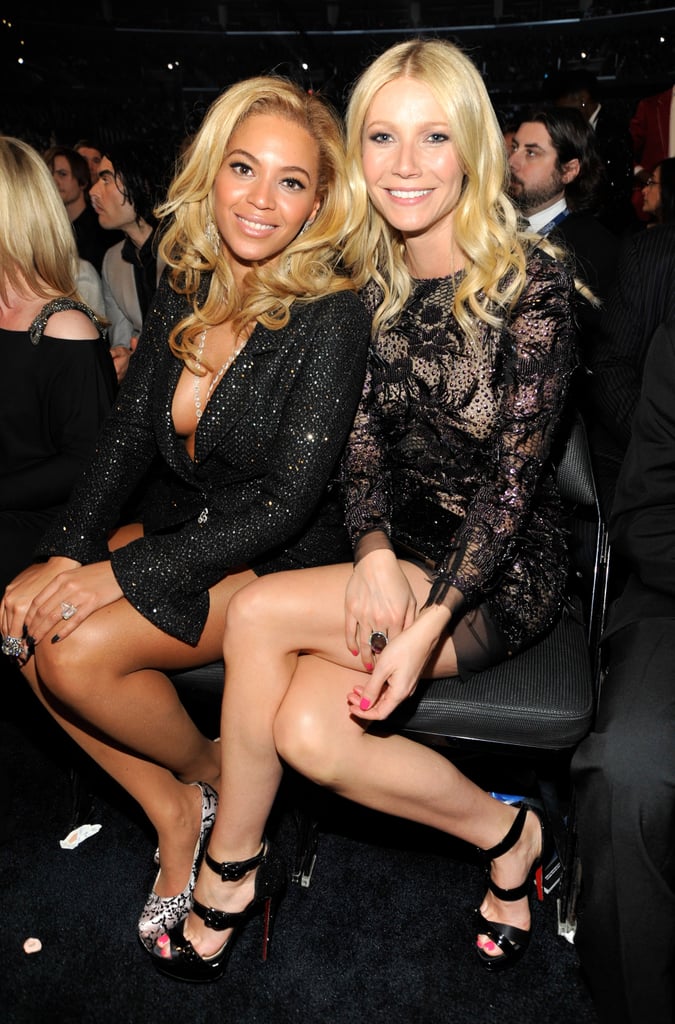 In addition to being one of Beyoncé's good friends, Gwyneth Paltrow is also a massive fan. Before her performance of "Country Strong" at the CMAs in 2012, Gwyneth sought advice from her famous friend. She told reporters that she looked to Beyoncé for inspiration, saying, "I studied Beyoncé a lot and her concerts for her kind of confidence . . . and I'm lucky that I know some singers in real life."

Beyoncé and Gwyneth's friendship has been passed on to their kids as well. Beyoncé's daughter, Blue, seems supertight with Gwyneth and Chris Martin's kids, Apple and Moses. Gwyneth has called 4-year-old Blue "a powerhouse" and routinely shares photos of her on Instagram. At the Super Bowl in 2016, Gwyneth was spotted in the stands babysitting Blue while her mom (and "Uncle Chris") performed during the halftime show.