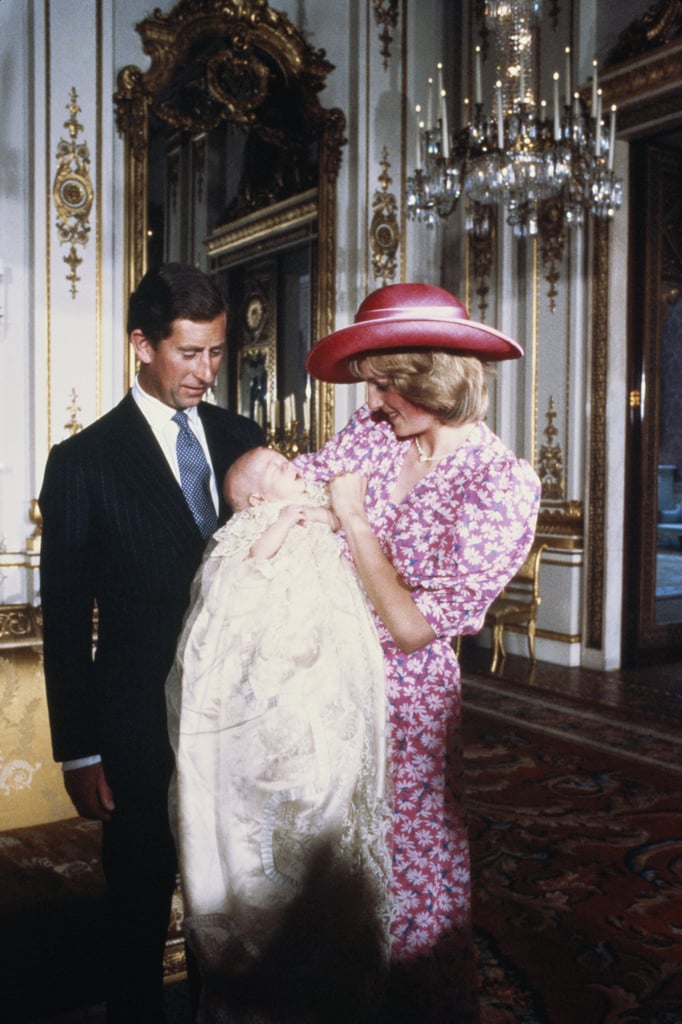 Princess Diana and Prince Charles held their son Prince William at his Aug. 4, 1982, christening in Buckingham Palace's Music Room. William had been born earlier that year on June 21.

William made quite a bit of noise during the photo session but was quieted when Diana put a pinkie in his mouth.

Celebrity Babies
Surprise! Idris Elba Reveals He and Sabrina Dhowre Have Welcomed a Baby Boy
by Monica Sisavat 6 days ago

Celebrity Babies
No Shade, but Chrissy Teigen, John Legend, and Luna Were the Cutest at This Sunglasses Event
by Brea Cubit 13/2
Latest Celebrity and Entertainment