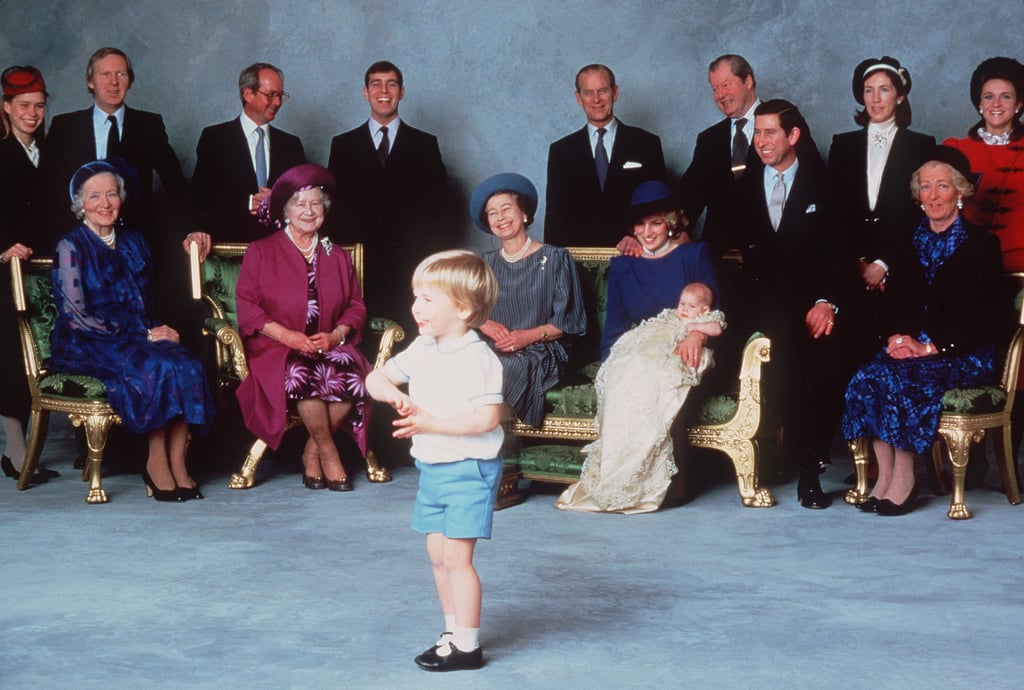 Prince William took center stage at the Dec. 21, 1984, christening of his younger brother, Prince Harry, who was born on Sept. 15 of that year.

Celebrity Babies
No Shade, but Chrissy Teigen, John Legend, and Luna Were the Cutest at This Sunglasses Event
by Brea Cubit 13/2
Latest Celebrity and Entertainment