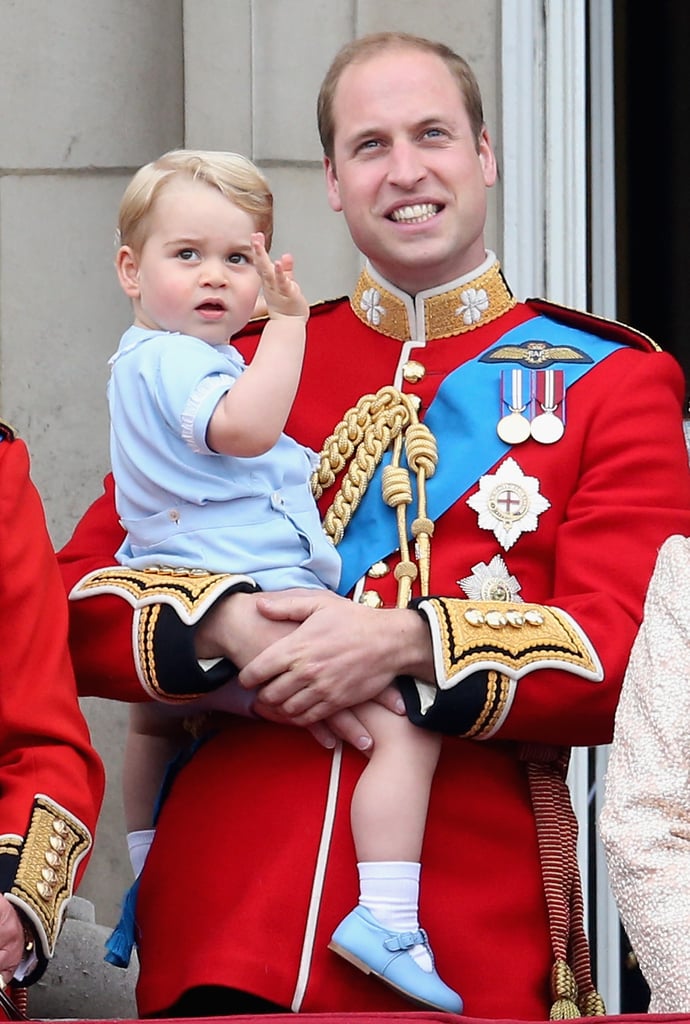 It's not just Prince George's baby-blond hair and cheeky look that reminds us all of Prince William when he was a similar age. The toddler prince's wardrobe is also very similar to that of his father's 30 years ago — and it's not an accident. For many of his public appearances, including the family's tour of New Zealand and Australia and visiting his sister Princess Charlotte in the hospital, George has worn the designs of Rachel Riley, who has spoken publicly about being inspired by the way Diana dressed William. George even wore William's old outfit for his first Trooping the Colour appearance.