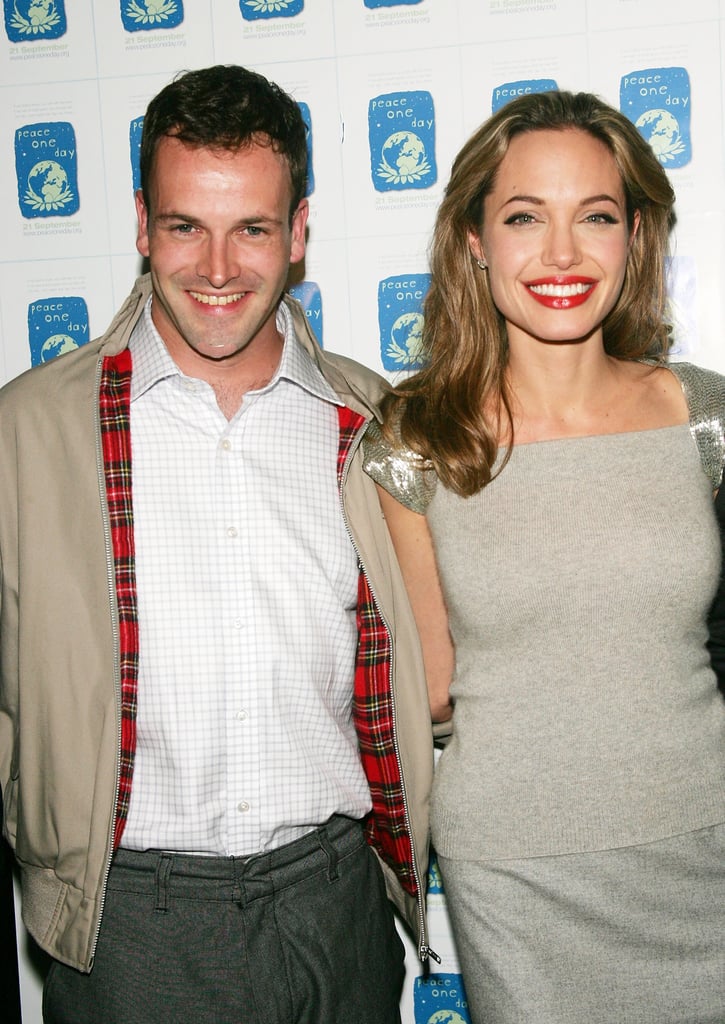 Angelina met Jonny, a British-born actor now best known for his role on CBS's Elementary, while they were filming Hackers in 1995. They dated casually, as Angelina was also involved with model and actress Jenny Shimizu at the time. The couple tied the knot in March 1996, and at the ceremony, a 20-year-old Angelina wore rubber pants and a white T-shirt with Jonny's written on it — in her own blood. They divorced four years later.

The two are actually still close friends, and linked up for a special screening of the film Peace One Day in 2005. In 2014, Angelina spoke of her ex, calling him "still a great friend," and that when she watches Hackers now, "I think of him. Although, I'm sure the movie looks so ancient now, but we had a lot of fun making that."