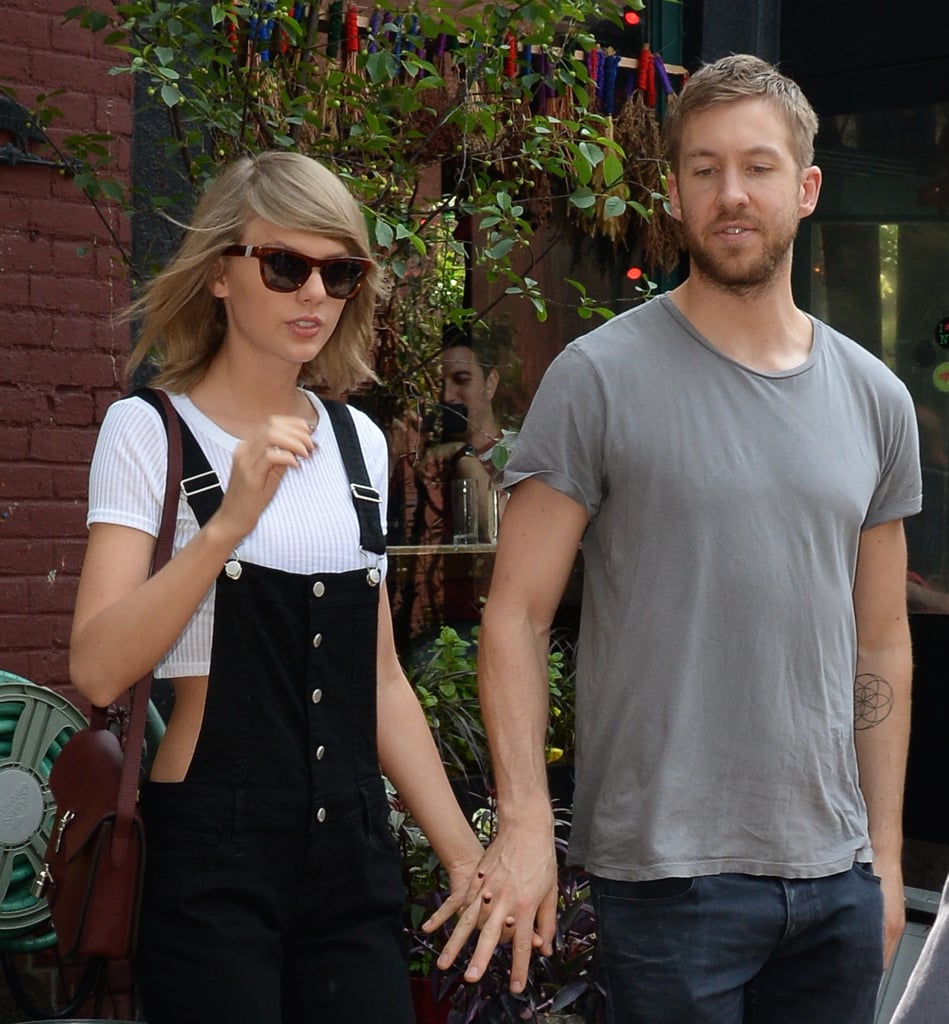 The couple officially called it quits at the beginning of June. While many sources cited boredom or jealousy on Calvin Harris's end, the music producer claimed in a tweet at the time that nothing remained but a "huge amount of love and respect." Things quickly took a turn for the worse, however, when pictures surfaced of Taylor cuddling up on the beach with Tom Hiddleston.