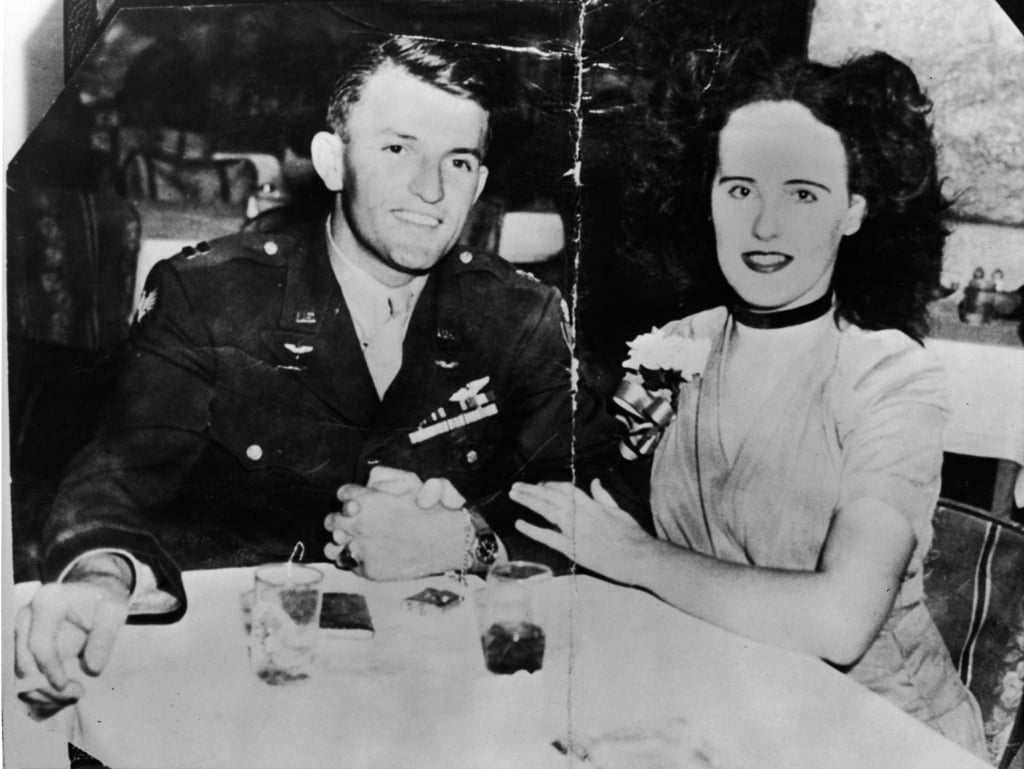 Elizabeth Short, aka the "Black Dahlia"

On Jan. 15, 1947, aspiring actress Elizabeth Short's brutally mutilated body was found in the middle of a vacant lot in LA by a woman taking a walk with her daughter. Elizabeth's body had been sliced into two pieces, completely drained of blood, her face slashed from the sides of her mouth to the corner of her ears (which gave her an eerie smile), washed clean, and "posed" with her legs spread apart. She also had several cuts all over her body and full chunks of skin had been cut off. Although dozens of people have confessed to the murder over the years, nobody was ever arrested and the case remains unsolved.

In the above photo, Elizabeth is pictured with fiancé Major Matthew M. Gordon Jr. He was never considered a suspect, however, because he died in a plane crash before her death in August 1945.