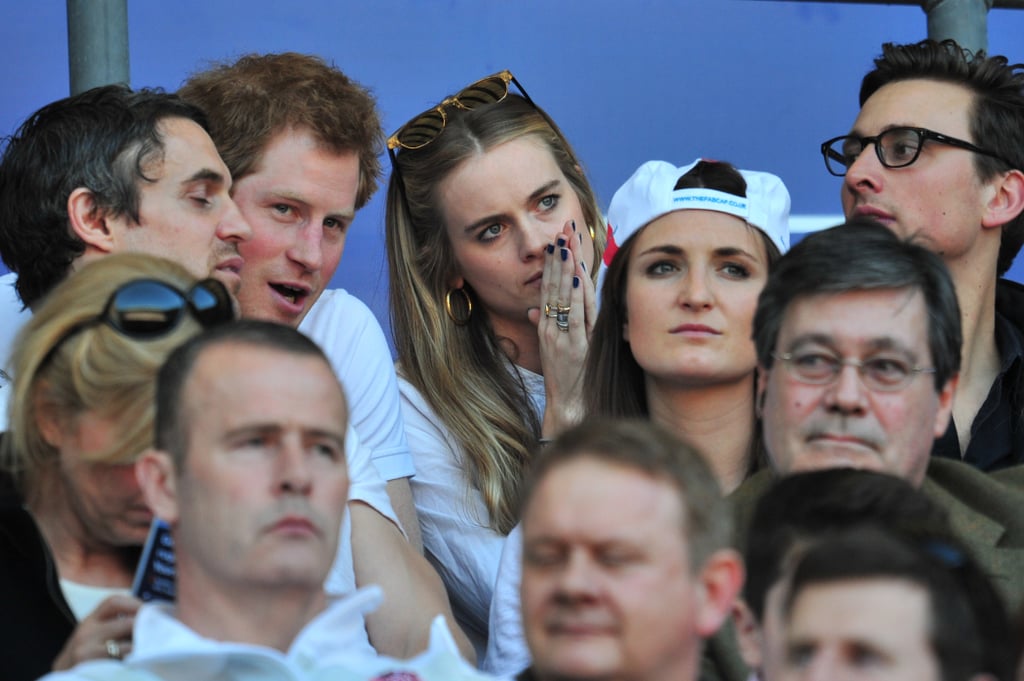 Cressida Bonas
After meeting through Harry's cousin Princess Beatrice, Harry and Cressida had a two year relationship from 2012 to 2014. They were first spotted together in the summer having post Dark Knight Rises premiere drinks at Le Salon. They went on to vacation together, attended her sister's wedding, and in a sure sign it was getting serious, 'Cressie' accompanied Harry on one of his charity engagements, however, they split a few months later.

Camilla Thurlow
After they first hooked up on a night out in London in 2014, Harry invited Camilla to go on vacation with him. As the prince headed off on a yacht around St Tropez with friends, the former Miss Edinburgh — who now works for landmine charity The Halo Trust — was by his side. However when Harry celebrated his 30th birthday a few weeks later, Camilla was nowhere to be seen.