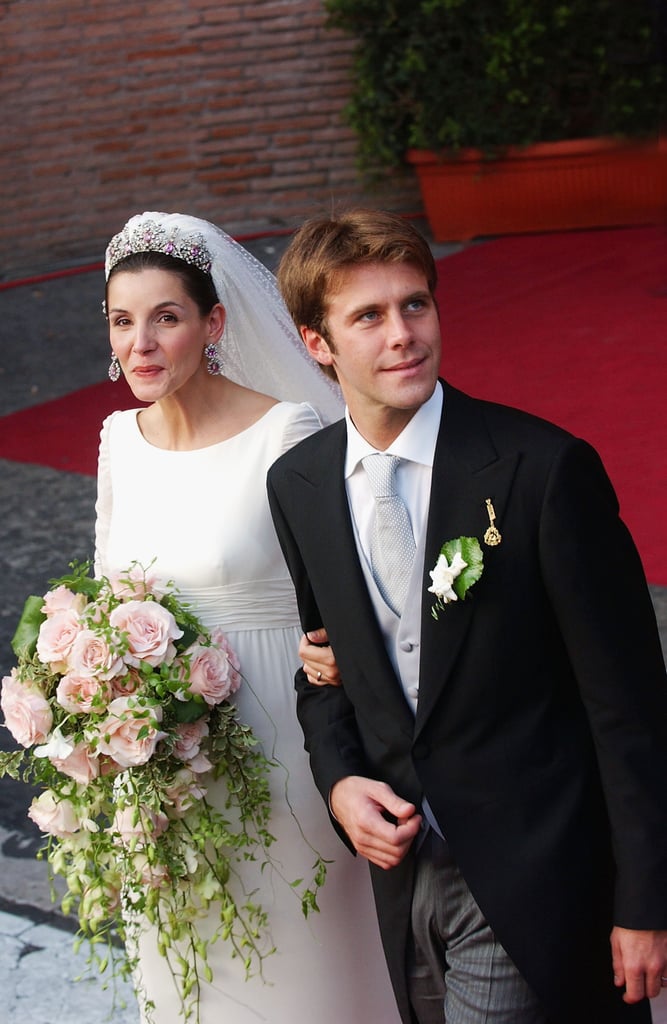 The Bride: Clotilde Courau, a French actress.
The Groom: ‪Emanuele Filiberto, Prince of Venice and Piedmont‬, grandson of the last king of Italy.
When: Sept. 25, 2003. The bride was six months pregnant.
Where: Rome's Basilica of Saint Mary of the Angels, where his grandparents had wed. Emanuele and his family had been in exile from Italy until 2002.