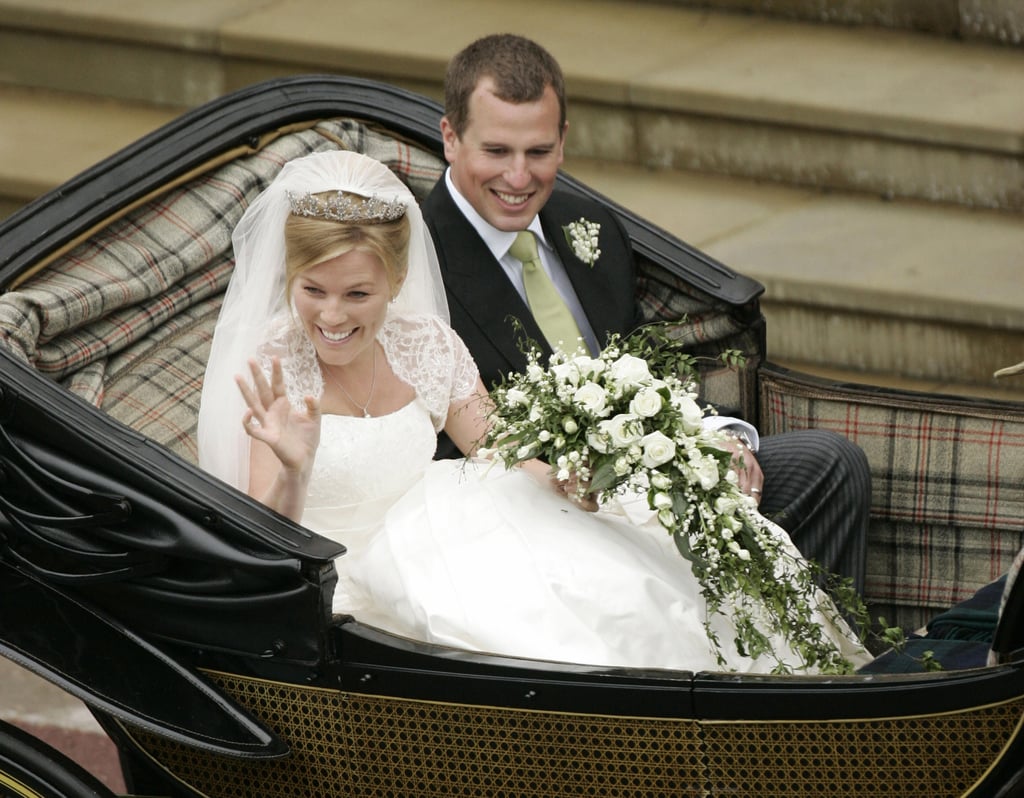 The Bride: Autumn Kelly, a Canadian and former management consultant. She converted from Roman Catholicism to the Church of England so that Peter wouldn't lose his place in the line of succession.
The Groom: Peter Phillips, the son of Princess Anne and her first husband, Captain Mark Phillips, and sister of Zara Phillips. Although he holds no title, he is a grandchild of Queen Elizabeth II and 11th in line to the British throne.
When: They wed on May 17, 2008.
Where: The marriage took place at St. George's Chapel in Windsor Castle.