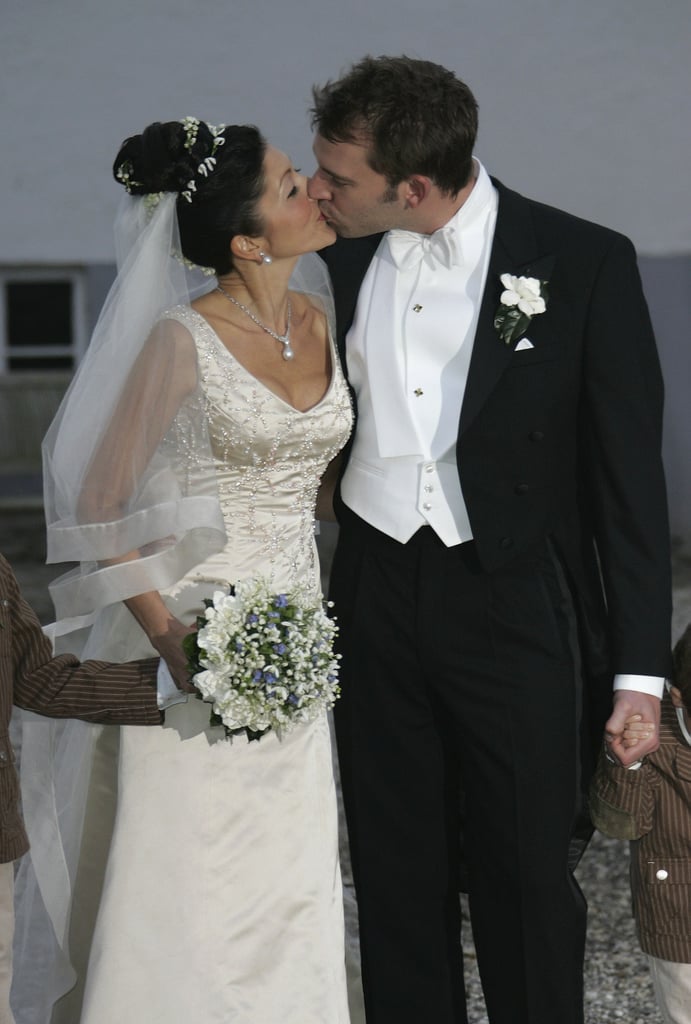 The Bride: Alexandra Christina, Countess of Frederiksborg, is the first wife of Prince Joachim of Denmark. She forfeited her title as "Princess Alexandra of Denmark" by marrying photographer Martin Jorgensen, who's 14 years her junior.
The Groom: Martin Jorgensen, son of Jacob Jorgensen, owner of Denmark's well-known film production company JJ Film.
When: The pair tied the knot on March 3, 2007.
Where: The wedding took place in Fakse, Denmark.