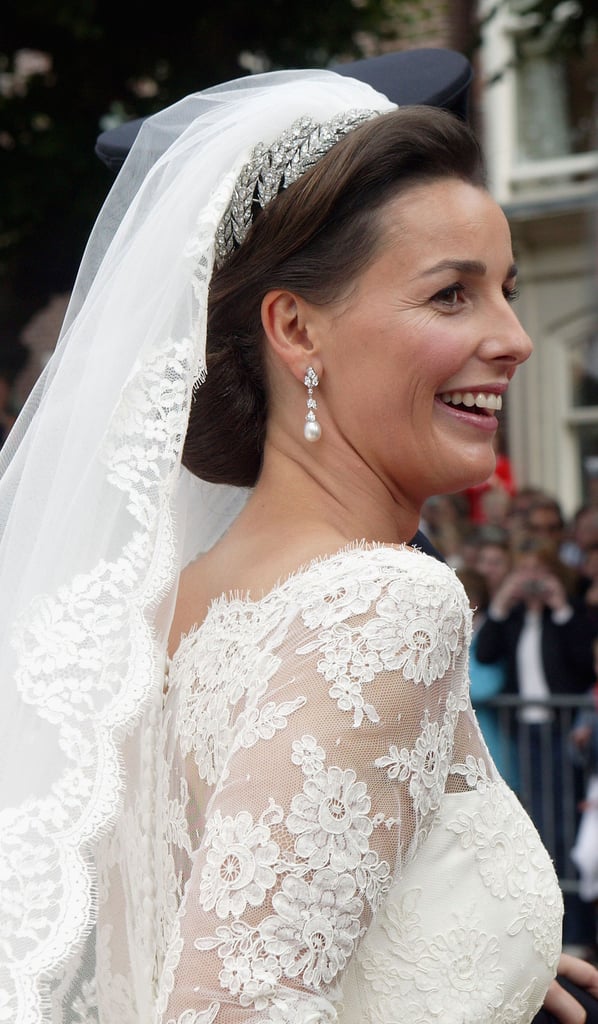 The Bride: Anita van Eijk, a former employee in the marketing department of auction house Christie's.
The Groom: Prince Pieter-Christiaan Michiel of Orange-Nassau, van Vollenhoven, the third son of HRH Princess Margriet of the Netherlands and Prof. Pieter van Vollenhoven. Since he didn't seek parliamentary approval for his marriage, he lost his place in the succession to the Dutch throne by marrying Anita.
When: They married in a civil ceremony on Aug. 25, 2005, and their religious ceremony took place on Aug. 27, 2005.
Where: The civil ceremony look place at the Het Loo Palace in Apeldoorn, and the religious ceremony occurred at the Grote van St. Jeroenskerk in Noordwijk.