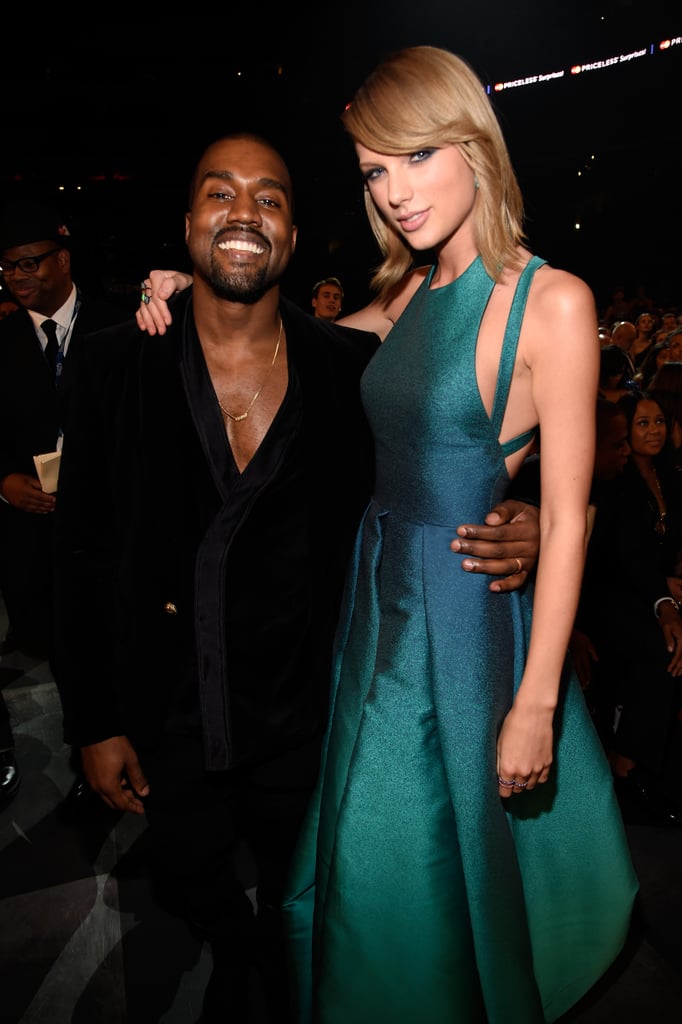 This one was a damn doozy! In February 2016, Kanye released the hit song "Famous," in which he says, "I feel like me and Taylor might still have sex . . . I made that b*tch famous." Kanye and his wife Kim Kardashian insisted that he told Taylor about the lyric and that she gave her approval, but Taylor's rep issued a statement saying that she never received a call from Kanye and that she was "never made aware" of the controversial line, adding, "She declined and cautioned him about releasing a song with such a strong misogynistic message." At the Grammys that month, Taylor gave a very pointed acceptance speech, saying, "I want to say to all the young women out there . . . there will be people along the way who will try to undercut your success." In June, Kanye released a highly controversial music video for the song that added insult to injury: the ending shot of the music video features a handful of naked celebrities, lying in a very large bed with Kim and Kanye. Directly on the rapper's right is a nude and exposed Taylor.

Cut to July, and Kim got so fed up with the slander that she did the unthinkable and produced a series of receipts via Snapchat showing the rapper talking to Taylor on the phone about the lyric. In the clips, Kanye has Taylor on speaker phone, explaining the idea to her and even asking for her input. At first, she worries about "being this close to overexposure" before calling the lyric "like a compliment" and thanking Kanye multiple times for giving her a heads-up about the line, saying, "Go with whatever line you think is better. It's obviously very tongue in cheek either way. And I really appreciate you telling me about it, that's really nice!" She adds: "I'm really glad you had the respect to call me that and tell me that as a friend, about the song."

Once the truth was out, Taylor issued a statement via Instagram in which she wrote the now-infamous line, "I would like to be excluded from this narrative, one that I have never asked to be a part of, since 2009." Shook!