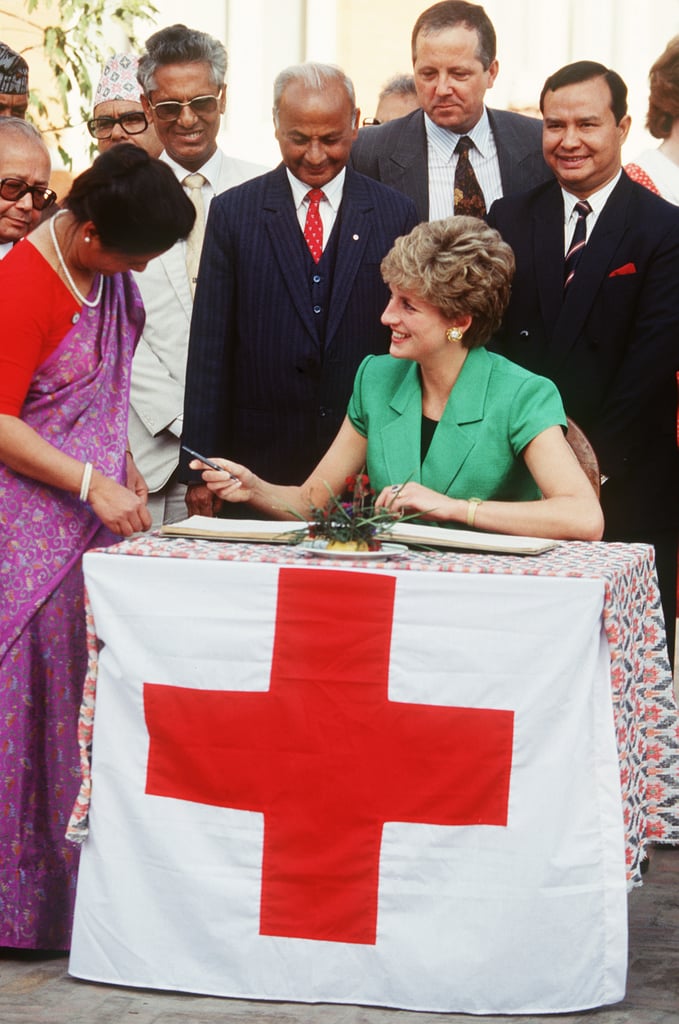 Diana was patron of The Leprosy Mission England and Wales from 1990 until her tragic death in 1997. Diana made significant strides in tackling the stigma surrounding the disease by traveling to countries with high leprosy rates like India, Nepal, and Zimbabwe. She also dispelled the myth that it can be transferred by touch by visiting patients and touching those with the disease. "It has always been my concern to touch people with leprosy, trying to show in a simple action that they are not reviled, nor are we repulsed," she said.

Keanu Reeves
Keanu Reeves Is Auctioning Off a Zoom Date For Charity, and the Bids Are Rolling In
by Karenna Meredith 2 weeks ago