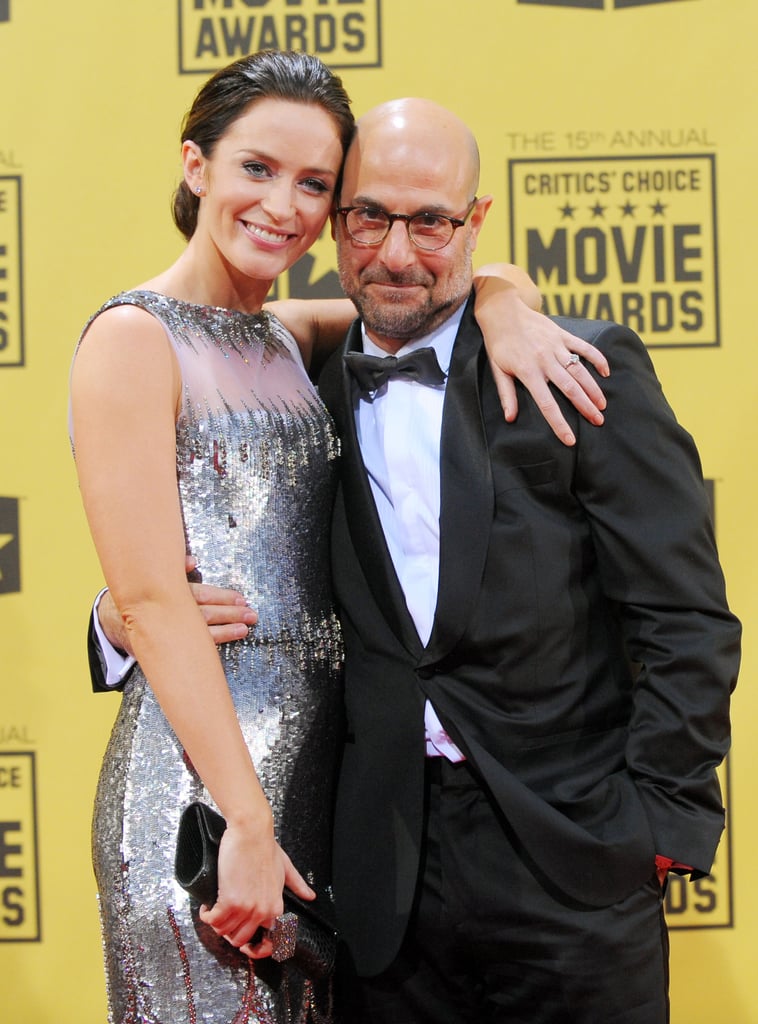 Emily and Stanley became friends after costarring together in the 2006 film The Devil Wears Prada, and six years later, they became sister- and brother-in-law when the actor married Emily's older sister, Felicity. In an interview with Variety in 2016, Emily opened up about their relationship, saying, "Stanley is in my actual family. How frightening is that? He’s married to my sister.” Stanley met Felicity at Emily’s wedding to John Krasinski and he would have never received an invitation if he hadn’t played Nigel. “All thanks to The Devil Wears Prada,” Emily said.