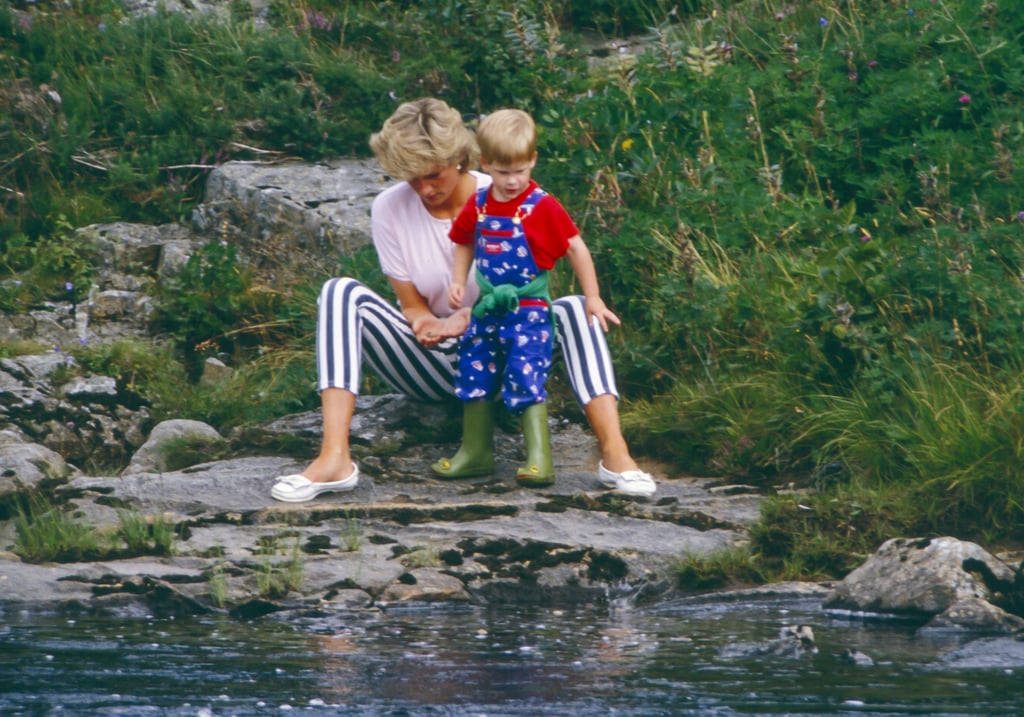 The gray stone fairytale castle in the Scottish Highlands was built in 1856 and was a gift from Prince Albert to Queen Victoria. Set in 50,000 acres of heather-covered moors, forests and rivers, Balmoral is where the Queen and Prince Philip vacation every summer, without fail from July to October, while members of the family stay with them at various times. Charles and Diana used to take William and Harry there every year when they were young, and the boys loved the outdoors lifestyle. They would spend their days hiking, playing hide-and-seek, sailing boats on the river, having picnics and barbecues, and learning how to fish.

The Wales family were also regular visitors to the tiny island of Tresco in the Isles of Scilly, off the tip of Cornwall. They would go on bicycle rides together, and when Harry was very young he would ride in a seat on the back of his father's bike.