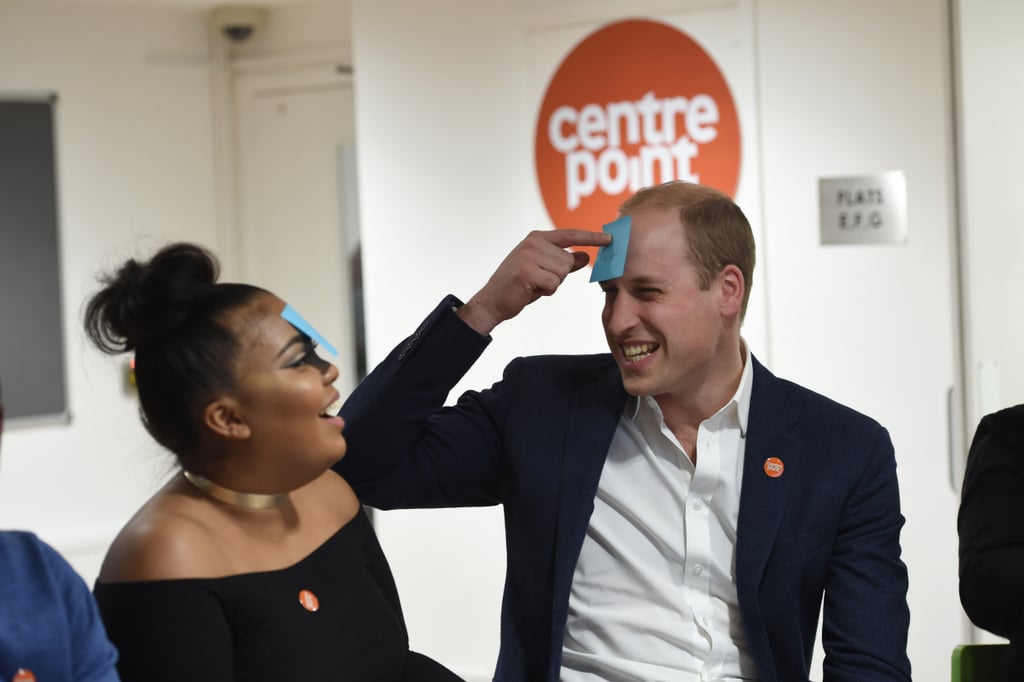 Diana became patron of the organization that helps homeless youth and teens by getting them off the streets in 1992. The charity provides temporary shelter, education help, job placement, referrals to professional services, and counseling. William and Harry made regular visits with Diana as children, and in September 2005, William took over her duties. William now carries on her legacy by volunteering his time to support the organization, working with young people to discuss their situation, reviewing their personal development plans, and sorting out their housing benefit claims to find them a more permanent accommodation.

In 2008, William recalled the days he used to visit Centrepoint with Diana, saying, "That example of selfless service that Centrepoint represents has stayed with me, and that is why it was the first charity that I wanted to be associated with." The following year, William spent a night sleeping out on the cold streets of London with the charity's CEO, Seyi Obakin. "I was very struck by the people I met and what they were struggling with – sleeping rough, sofa surfing, not having basic comforts a lot of us take for granted," he said. "That really struck me at a young age, bearing in mind the gulf for me, growing up in a palace, and seeing the other end of the spectrum where others were faced with huge personal challenges and were overcoming them. That was powerful to see at a young age."