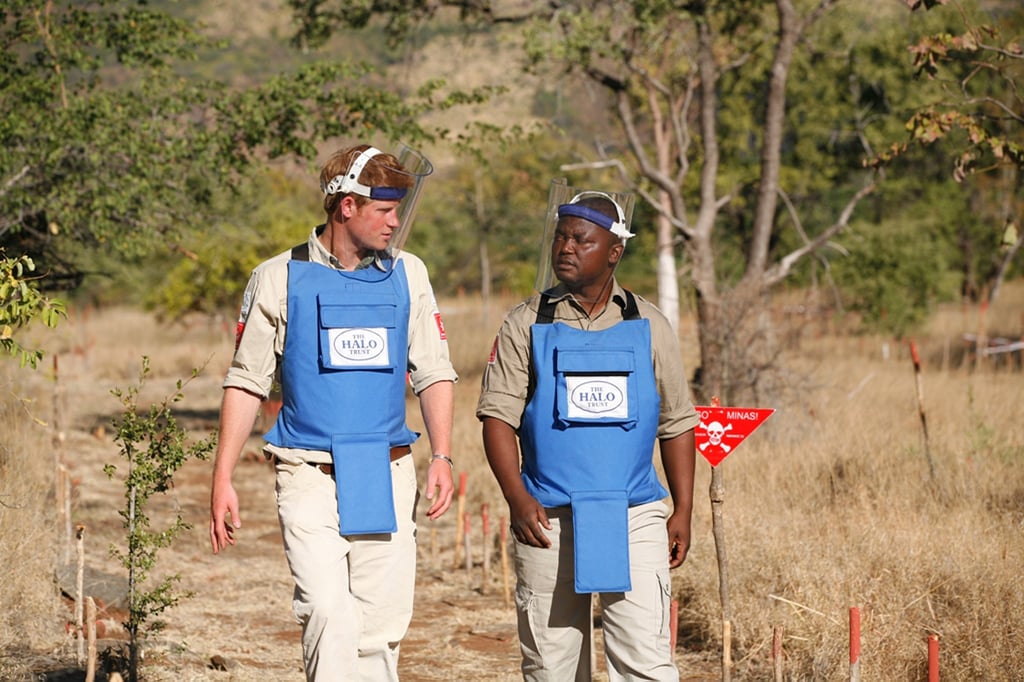 After her January 1997 visit to Angola, Diana became the voice of those who were wounded and physically broken by landmines. She brought to light the damages of the devices and even put her own safety at risk when she walked through a recently cleared minefield during a trip with The HALO Trust. Following her trip, the International Anti-Personnel Mine Ban Treaty (also known as the Ottawa Convention) was signed. The treaty calls for people to do "their utmost to contribute in an efficient and coordinated manner to face the challenge of removing anti-personnel mines placed throughout the world, and to assure their destruction."

Prince Harry took a similar walk through a former minefield in Mozambique in 2010, and later became patron of the HALO charity's 25th anniversary appeal in 2013. He also recently called for the world to become free of the weapons by 2025.