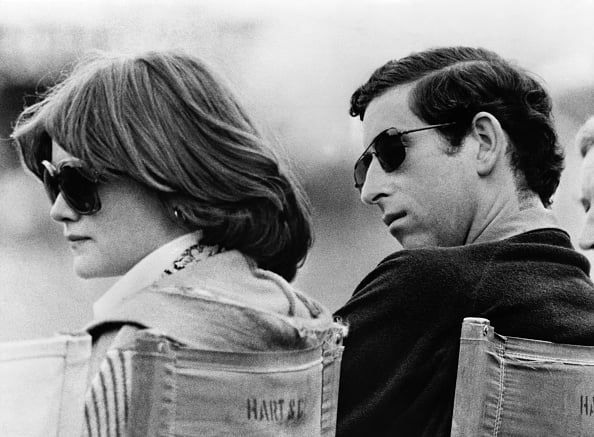 Lady Elizabeth Sarah Lavinia McCorquodale was born in 1955 (6 years before Diana) and has always gone by her her middle name Sarah. Despite the fact she was away at boarding school when Diana was a child, the sisters were close, although it was Sarah who first caught Prince Charles' eye.

The Spencers had always been in the Royal Family's orbit. Their maternal grandmother Lady Ruth Fermoy was lady-in-waiting to the Queen Mother, and their paternal grandmother Countess Cynthia Spencer was lady-in-waiting to the queen. Sarah and Prince Charles ran in the same social circles, and they had a brief relationship in 1977, when Sarah was 22 and Charles was 28. However Sarah gave an interview to reporters stating that it wasn't serious between them and therefore she wouldn't marry him, "if he were the dustman or the King of England". The relationship ended shortly afterwards.

Sarah went on to marry and have three children – Emily, George and Celia – who were playmates of the young Prince William and Prince Harry and used to go on vacations with them. They attended William and Kate's wedding, and in return, William, Kate, and Harry went to Emily's wedding in 2012. Harry represented the family at cousin George's wedding in South Africa last year.

After Diana's death, Sarah became president of the Diana, Princess of Wales Memorial Fund, which over 15 years raised more than $128 million for various charities around the world, before it was folded into new charity The Royal Foundation of The Duke and Duchess of Cambridge and Prince Harry in 2012.