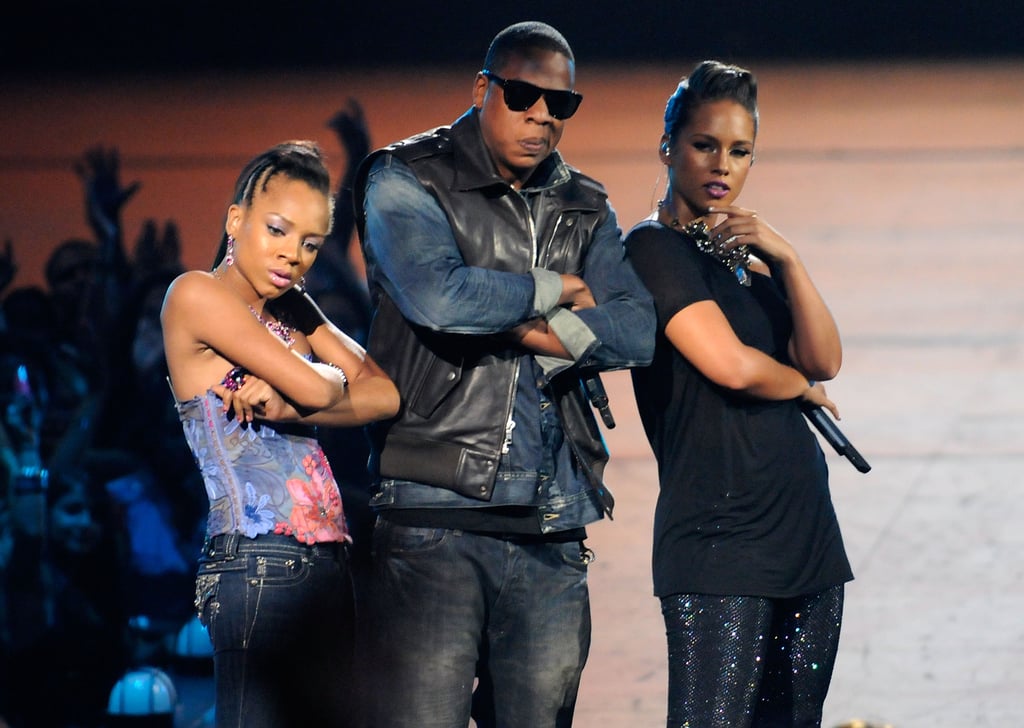 When JAY-Z and Alicia Keys performed their hit song "Empire State of Mind," they had an unexpected guest join them on stage: Lil Mama. Not only was JAY-Z seen motioning with his hand for her to get off the stage during the performance, but he later opened up about the incident in an interview with Hot 97 radio, saying, "To interrupt that moment for us, I don't think that was the right thing to do. I actually thought it was the equivalent of what Kanye did to Taylor Swift."

Oscars
These Were the Most Glamorous Beauty Looks at the 2020 Oscars — See Them Now!
by Lauren Harano 10/2
Latest Celebrity and Entertainment