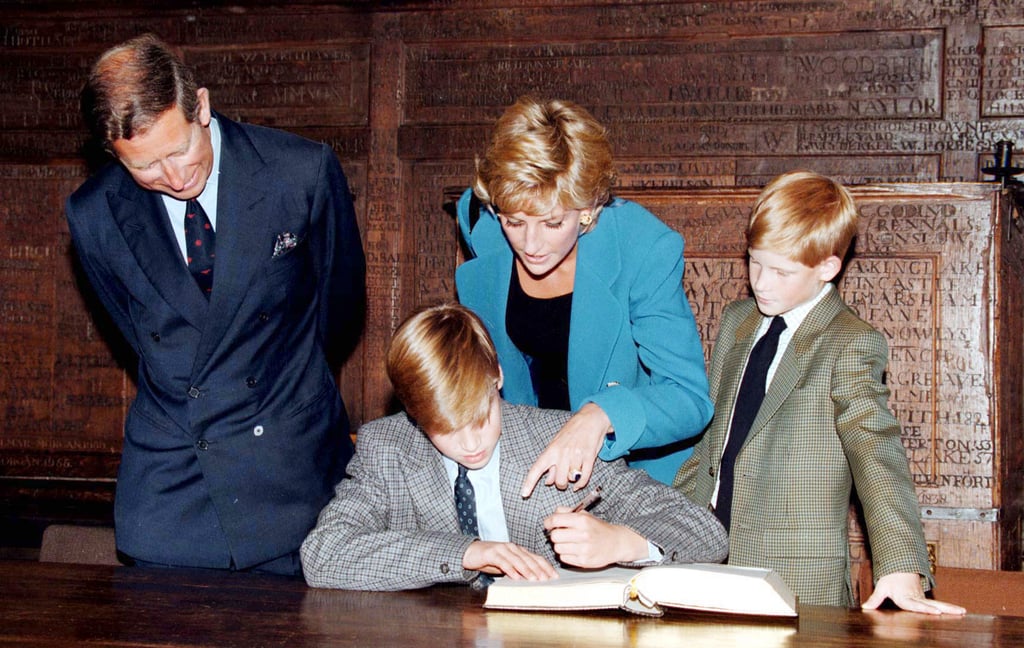 William was the first future monarch to attend nursery beyond palace walls, and was a pupil at Mrs. Mynor's near his home of Kensington Palace from the age of 3.

He then attended nearby Wetherby School from the ages of 4-8. The school is known for the scarlet-trimmed gray uniform that is only available from luxury department store Harrods.

From the age of eight, William was a boarder at Ludgrove School in the middle of the Berkshire countryside. There, boys were encouraged to build dens and camps in the woodland, and grow their own flowers and vegetables in the shared gardens. William attended Eton College from the age of 13. The school had always had a royal connection as it was set up in 1440 by Henry VI, but hadn't been attended by royalty for many years. However William (and later Harry) followed in Diana's father's and brother's footsteps by enrolling there. William was in a prestigious prefect society called Pop, and left with three A levels: an A in geography, B in history of art and C in biology.

William started out at St. Andrew's University studying history of art (like his future wife Kate Middleton), but at the end of his first term he switched to geography and left with a 2:2 degree. (Kate did better with a 2:1.)