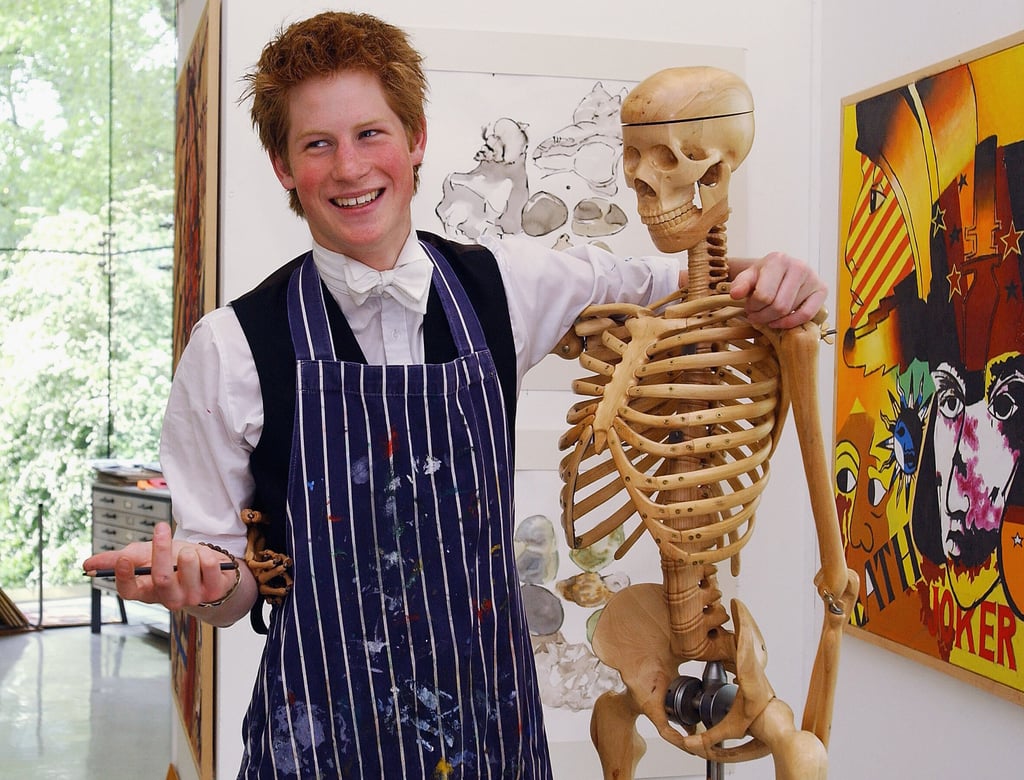 Harry followed his big brother William to Mrs. Mynor's, and at the end of his first day, peered at the waiting paparazzi though a pair of "binocular"' made from toilet tissue rolls.

He then followed William to Wetherby, Ludgrove, and Eton, where he developed a reputation as class clown, and it's been rumored he was diagnosed with dyslexia. Less academic than his big brother, Harry left school with two A levels – a B in art and D in geography – after dropping art history the previous year.

Harry is the only one among his cousins so far who hasn't gone to university. He had never been academic, and followed in the footsteps of his uncle and godfather Prince Andrew by going straight into the military.