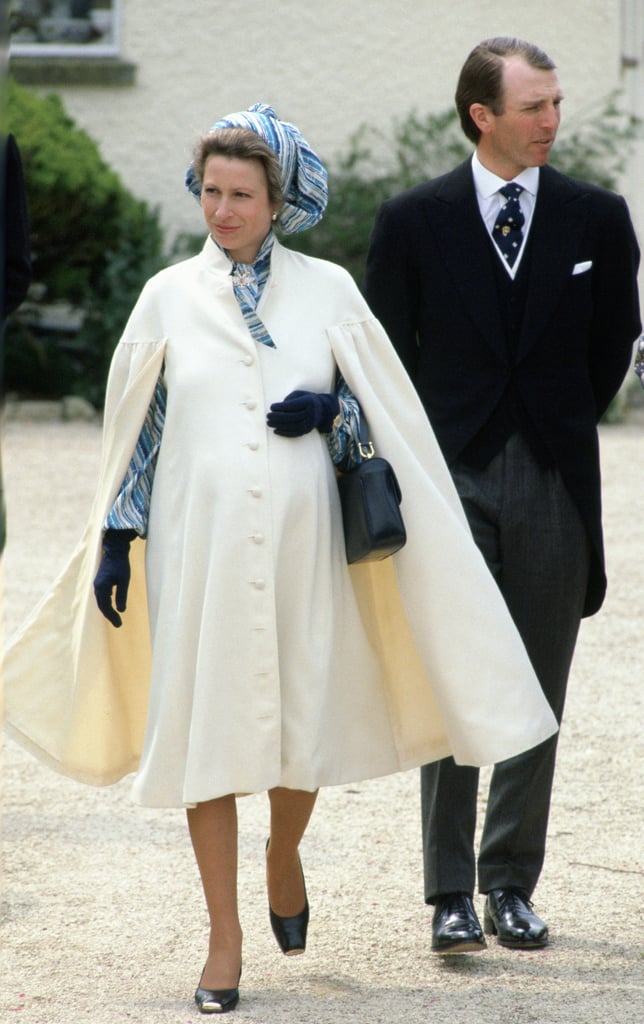 The queen's daughter had a typical no-fuss approach to her pregnancies, and was seen at Knowlton Horse Trials driving a Landrover a few weeks before giving birth to her first child, Peter Phillips. She later told a filmmaker she had a "very boring six months" leading up to Peter's arrival. During her second pregnancy, Anne attended a family wedding on May 6 1981, and gave birth to daughter Zara nine days later.