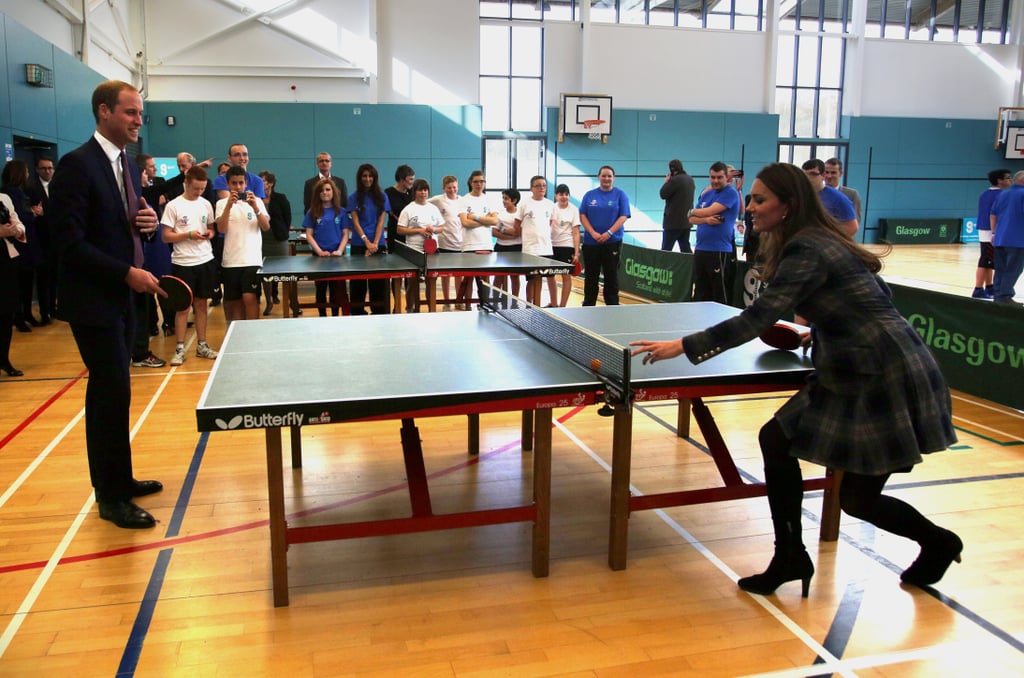 The Duchess of Cambridge

It's no secret that Kate has suffered from hyperemesis gravidarum during each of her three pregnancies, and has been forced to cancel engagements as she has been either hospitalized or house-bound during her first trimester. During her first pregnancy she was struck down while staying with her parents in Berkshire, and admitted to nearby King Edward VII Hospital. Her condition was quickly managed and she was back performing public engagements ten days later. She then set about a handful of engagements that saw her playing ping pong in heels, flying to Austria for a friend's wedding, and launching her first ship, before finishing up her royal duties around a month before her due date.

With Princess Charlotte, Kate was apparently better-prepared for the likelihood of HG, and received treatment at home in Kensington Palace before the condition subsided and she continued with her roster of work. Kate performed more duties during her second pregnancy, that included flying to New York for a set of engagements. Again she wrapped up her workload around a month before her due date.

With pregnancy number 3, the announcement came almost three years to the day that Kate's second pregnancy was announced (no. 2 was on September 8, and no. 3 on September 4), so it seems that the new Cambridge baby will have a May birthday like big sister Charlotte.