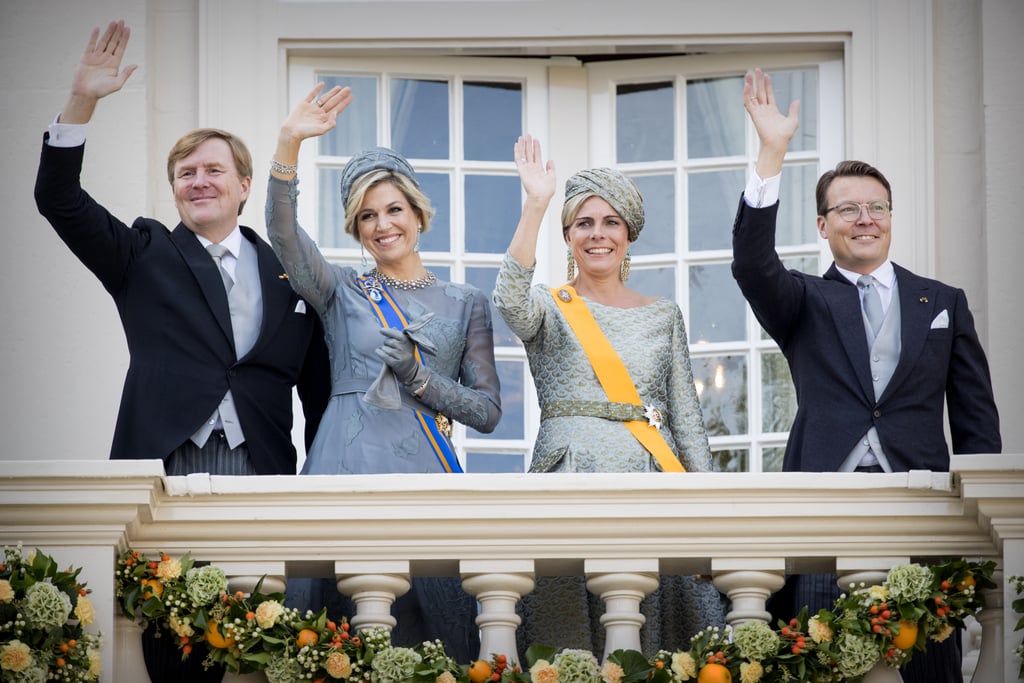 In 2013, King Willem-Alexander (far left) succeeded his mother, Queen Beatrix, as the monarch of the Netherlands, when she decided to abdicate the throne. Because the Netherlands has a bicameral parliament, he doesn't rule directly, but he does have power as the president of the Council of State.

King Willem-Alexander is married to Queen Máxima and together they have three children, Princess Catharina-Amalia, Princess Alexia and Princess Ariane.

According to Dutch News, the King runs an expensive monarchy, costing tax payers roughly 40 million euros a year, not including security, making the Dutch monarchy one of the most expensive in Europe.

Meghan Markle
Prince Harry and Meghan Markle Just Inked a Major Deal With Netflix, and We're Ready to Tune In
by Kelsie Gibson 1 week ago